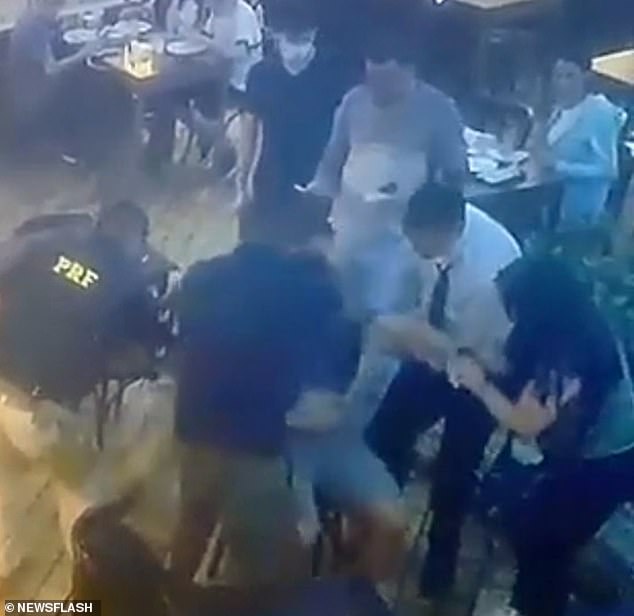 
This is the moment a Brazilian police officer saved the life of choking diner by performing the Heimlich Manoeuvre on him.

CCTV footage shows the 38-year-old man, who was eating alone, appearing unwell and holding his head before he slumps forward over his table.

Nearby customers at the restaurant in Graal Petropen service station in Pariquera-Açu, São Paulo,  immediately rushed over to help him.

The Federal Highway Police agent rushes over to perform the Heimlich Manoeuvre at a restaurant in the Graal Petropen service station, in Pariquera-Açu, São Paulo, Brazil 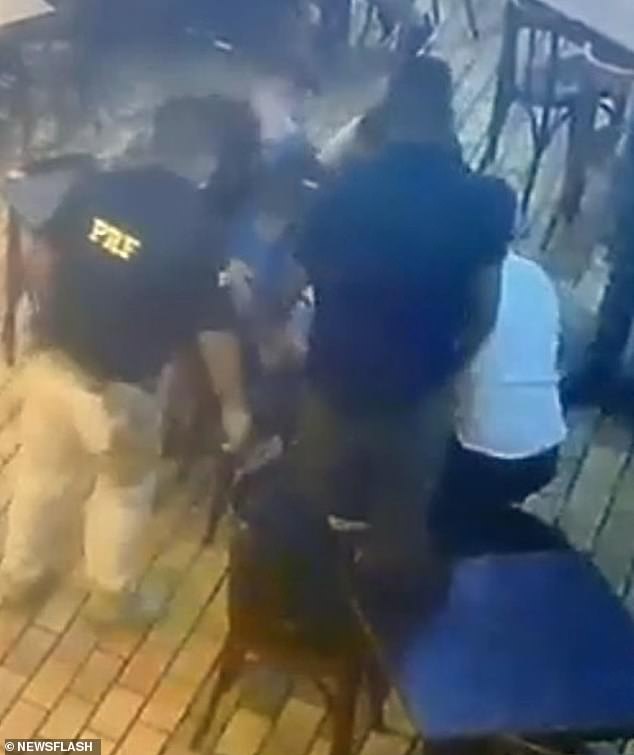 The man was on his way from from Curitiba, Paraná, to São Paulo on a bus which had stopped over for passengers to eat on November 26.

A restaurant employee can be seen coming over and beginning the Heimlich Manoeuvre by grabbing the man around the waist from behind and jerking his abdomen upwards to try to dislodge the stuck food.

The nerve-wrecking footage shows him attempting the move several times as others help to hoist the man up from his seat and support him. The 38-year-old man, who was eating alone, can be seen appearing unwell and holding onto his head 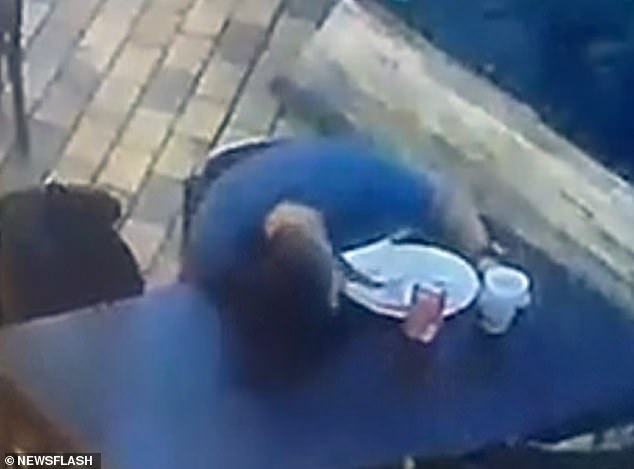 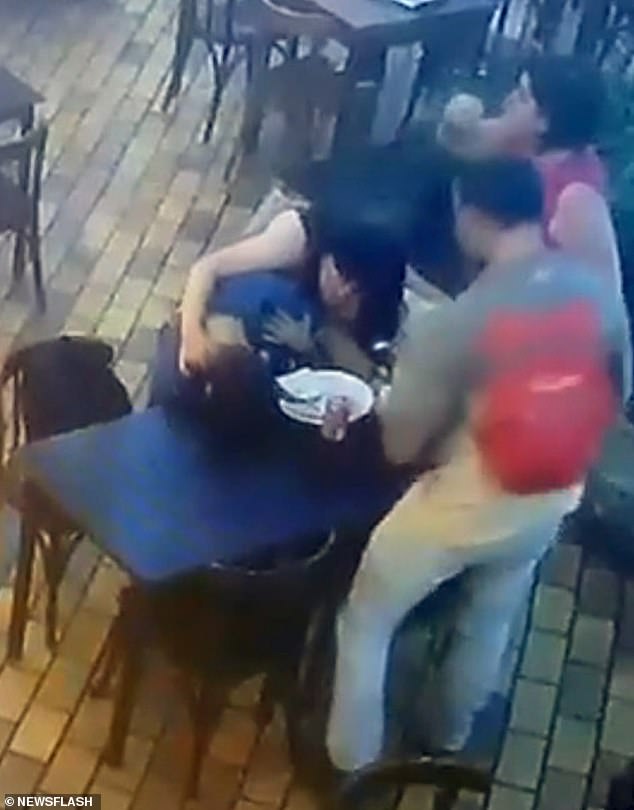 Others crowd around to help, including two highway police officers.

One of them takes over the life-saving manoeuvre after he and other bystanders get the choking man into a standing position.

After several attempts he shifts the obstruction and the man stops choking.

Footage shows the officer patting the diner on the back before he is eased into a chair to recover.

Local reports said he was assessed by ambulance staff before he was allowed to continue his journey.

According to news site G1, the two officers had already been in the self-service restaurant when they were alerted by the other customers shouts for help.