Nicola Sturgeon‘s drive to break up the UK was boosted today as a poll found support for Scottish independence running at 56 per cent.

Amid rising alarm among unionists, the latest research suggests the SNP is on track for a thumping victory at Holyrood elections in May.

The strong backing for Ms Sturgeon’s separatist cause in the Ipsos MORI survey – just short of the record 58 per cent in October – will heap pressure on Boris Johnson.

The PM has so far dismissed the First Minister’s demands for a referendum to be held as early as next year, after both sides accepted the 2014 contest would settle the issue for a ‘generation’.

However, she has vowed to stand on a Holyrood manifesto to hold a vote, and threatened to take the row to the Supreme Court.

SNP politicians have been gloating that resisting the calls will merely fuel the surge in support for a split north of the border.

Ms Sturgeon’s handling of the coronavirus crisis and Brexit tensions have been credited with the shift on public opinion over the past year.

But Mr Johnson’s lack of popularity in Scotland, and the inability of unionists to mobilise and get across their messages about the benefits of keeping the centuries-old alliance have also been identified as problems.

The premier infuriated Scottish Conservatives last month when he told a private meeting of MPs that devolution had been a ‘disaster’ and Tony Blair’s ‘biggest mistake’.

In a glimmer of light for the unionists, a quarter of Scots indicated they did not have a completely settled view on whether Scotland should be independent or remain part of the UK.

But just 6 per cent overall said they were undecided on whether Scotland should be independent.

The survey found 55 per cent intend to vote SNP in the constituency ballots in May, and and 47 per cent in the regional list vote.

The Scottish Conservatives were the next highest party, at 22 per cent in both the constituency and regional list votes. 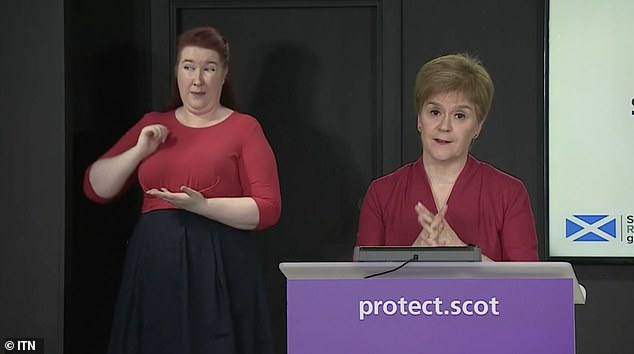 Ms Sturgeon’s handling of the coronavirus crisis and Brexit tensions have been credited with the shift on public opinion over the past year. She is pictured giving her daily briefing today 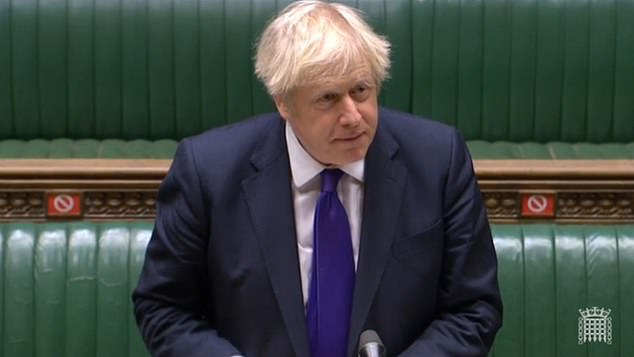 A total of 1,006 Scottish adults were interviewed by phone between November 20 and 26.

Emily Gray, managing director of Ipsos MORI Scotland, said the research pointed to high levels of trust in the SNP.

She said: ‘Our latest polling results are clearly very favourable for the SNP, with support both for the party and for an independent Scotland remaining high.

‘The party’s record on key issues such as the economy, education and public services has been much criticised by the Conservatives in recent months.

‘However, those messages do not appear to be cutting through with Scottish voters, who trust the SNP much more on the economy, education and the NHS than they do any other political party.’