Hero worker, 20, relaxing on his lunchbreak saves little boy, 4, after he dropped his mum’s hand and ran onto busy road and into the path of a 4WD

A young worker has been hailed a hero after he ran out into the middle of a busy road to save a boy who’d left his mother’s side.

Ty Robertson, 20, had been walking back from his lunch break in Port Lincoln, in South Australia‘s Eyre Peninsula, just after 1pm on Friday when he spotted the child run onto the street and into the path of oncoming traffic.

The four-year-old had dropped his mother’s hand and found himself right in the middle of a busy intersection on Liverpool Street.

‘I heard this mother scream and as I looked up a little boy ran onto the road into oncoming traffic,’ Mr Robertson, who works at nearby Intersport, told Daily Mail Australia.

Ty Robertson, 20, had been walking back from his lunch break in Port Lincoln, SA when he spotted the child run onto the road

The 20-year-old said it was lucky he was able to get to the child in time.

‘Without really thinking I basically just ran onto the main road after him and picked him up whilst a 4WD towing a caravan came really close to both of us,’ he said.

‘A couple of cars including the 4WD had to brake heavily but didn’t stop.’

Mr Robertson said he gave no thought to the risk he’d put himself in.

‘I didn’t really have time to think. Instinct more or less took over. In hindsight it was pretty dumb on my part but I’d do it again to save someone,’ he said.

He said the mother was in shock after the ordeal which only lasted a few minutes.

‘I could tell she was very pleased I was there at the right time,’ he added. 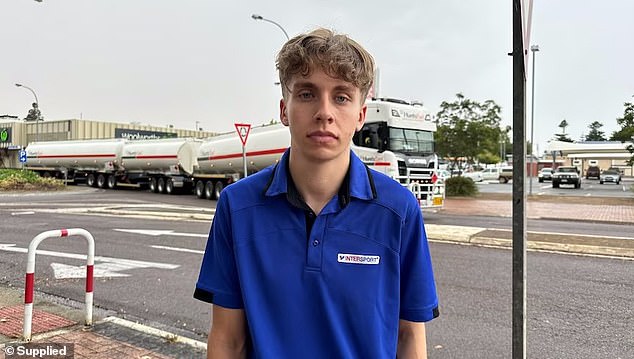 The mother of the adventurous little boy is yet to speak to Mr Robertson but shared a heartfelt message on Facebook hoping he would see it.

‘At the time this happened I was in so much shock,’ she wrote.

‘No words can ever express how thankful I am for you.

‘You not only saved my son’s life. You risked your own life to save my son. You are truly a blessing and a gorgeous person.

‘My husband and I are beyond grateful. To think you would put yourself in harm’s way to protect my son says a lot about you.’ 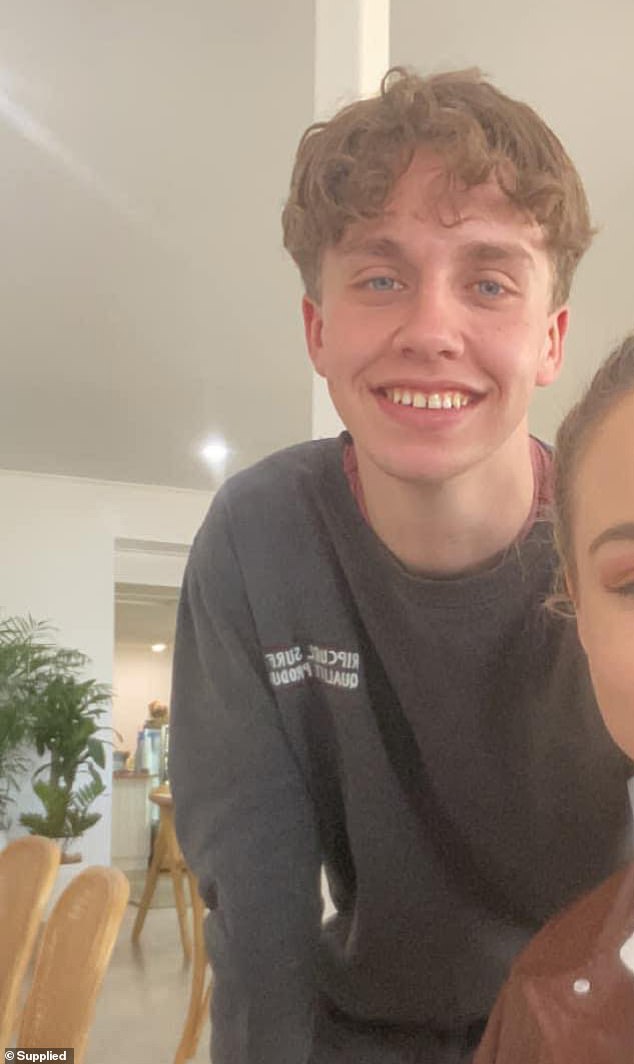