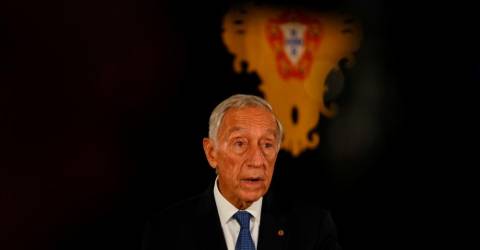 The president made the statement in his nationally televised speech, in a bid to solve the political crisis after the 2022 State Budget of the current Socialist Party (PS)’s government was rejected by the parliament late last month, according to Xinhua news agency.

This was the first time in 45 years of the Portuguese Parliament that the State Budget was not approved.

Rebelo de Sousa has threatened before the parliamentary debate that he would dissolve the parliament and call for early elections if the budget is rejected, it added.

The head of state said in Thursday’s speech that he took this decision because the divergences in the government’s parliamentary support base had become “insurmountable,“ and “there was no third-way” alternative to go with the current parliament.

It was not “a punctual rejection, of circumstance, due to minor disagreements” between the PS and the parties that made previous budgets viable and that now voted against in the Assembly of the Republic, said the president.

“It was fundamental, of substance, due to major differences, in relevant social areas, in the budget or beyond, such as social security or labor legislation,“ he said.

The Constitution of Portugal provides that early elections should take place within 60 days of dissolving of the parliament, Xinhua added.

The political crisis, the first of its kind for a current government since the country entered a democracy in 1974, was caused by the disagreement between the ruling Socialist Party (PS) and its traditional ally Portuguese Communist Party (PCP) and the Left Bloc. — Bernama