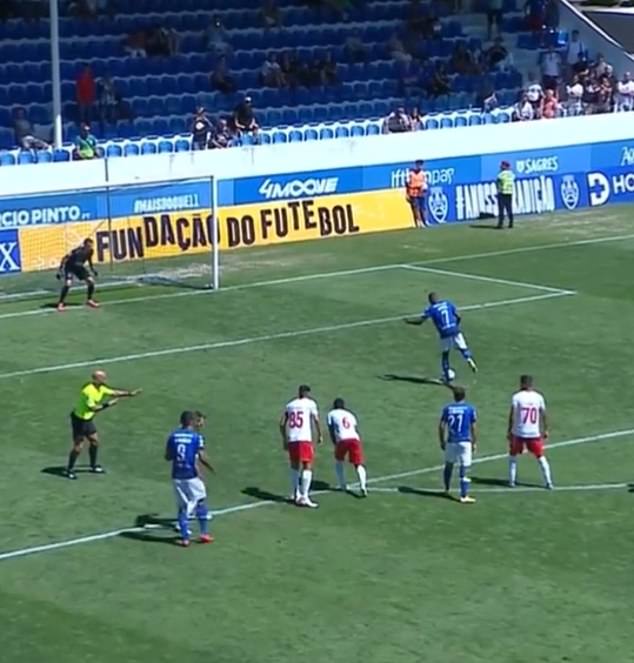 No, your screen ISN’T frozen! Portuguese second-tier soccer player trials a bizarre penalty technique, freezing over the ball before slotting in his effort

By Julian Bovill For Mailonline

Silva slotted his first penalty in the game using the unorthodox technique before missing a spot-kick to settle the affair in added time.

The unique technique saw the former Portugal youth international stand directly over the ball with his standing foot planted next to the penalty spot.

While waiting for the referee to blow his whistle for the penalty to be taken, Silva held his right foot back behind his body before bringing it down with little back lift and using the in-step to slot it beyond the seemingly baffled goalkeeper.

Brimming with confidence after he saw his first technique work perfectly, Silva then rather boldly tried to fool the goalkeeper again with the same unorthodox method.

Unsurprisingly, with the player only able to get a limited amount of power behind such a shot, Quentin Beunardeau in the Leixoes was wise to the cheeky effort. 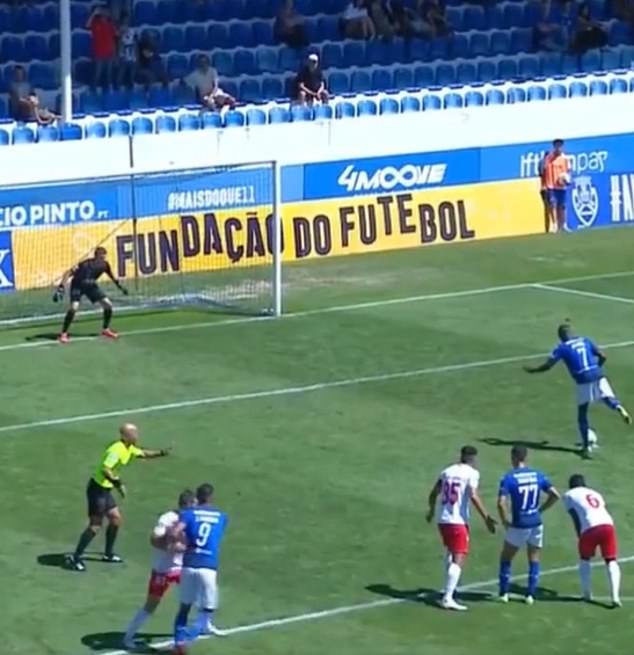 Silva’s team-mates were unlikely to have been happy with him pulling the stunt for a second time at such a crucial stage in the game in a match they should have won against a side sitting in the bottom half of the league table.

Social media was awash with reaction to the efforts, with some labelling it one of the oddest things they’ve seen on a football pitch.

‘The most bizarre penalty routine I’ve ever seen,’ one bemused individual wrote on Twitter.

‘Nah wtf is this nonsense?’ another queried.

Another was slightly more critical in their appraisal of the stunt, saying that if one of their team-mates attempted the trick they would ensure that they were not on spot-kick duty for much longer.

‘If my player hits penalties like this then you best believe I’m taking him away from penalties,’ they wrote.

Another bluntly wrote on Reddit: ‘Imagine how confident but also dumb you have to be to do this simultaneously.’

It seems unlikely that he will be trying it again.