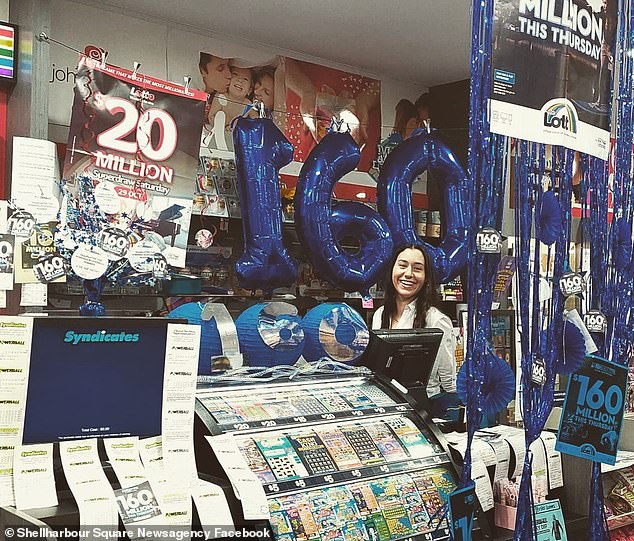 The luckiest Powerball numbers from the past year have been revealed while newsagent workers’ prepare for store chaos as the jackpot surges to a record-breaking $160million.

Powerball’s $100million prize skyrocketed an extra $60million after the draw failed to produce a winner for the fifth week in a row last Thursday.

Last month, The Lott revealed the most frequently drawn winning numbers between July 1, 2021 and the end of June, 2022.

For the separate Powerball barrel, the most frequently drawn number is 19, while 18, 16 and 14 are the least drawn.

The Lott has predicted over half of all Australian adults will buy a ticket ahead of Thursday’s 1380 draw.

Newsagency workers across the country are bracing for a ‘hell of a week’ ahead of Thursday’s Powerball draw after the jackpot surged to $160million (pictured, Shellharbour Square Newsagency) 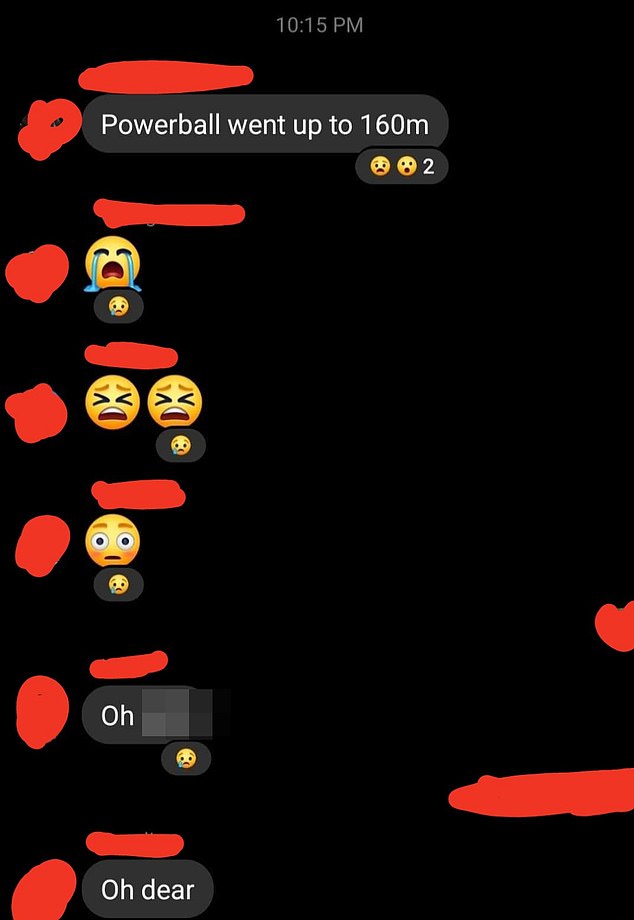 One Newsagent worker shared their co-workers’ reactions on Reddit following the announcement the jackpot had hit $160million, with their boss commenting ‘oh s***’ (pictured, second from the bottom)

Some workers at newsagencies took to social media to say they are bracing for an ‘insane’ week.

One worker, who works at a newsagency in Newcastle, NSW shared their coworkers’ reactions to the record-breaking Powerball.

A screenshot of the group conversation was shared on Reddit on October 21 with the caption ‘my coworkers reactions to the Powerball results’.

One colleague wrote: ‘Powerball went up to 160m.’

The poster, known as Reddit user the_egg9926, wrote they had never seen a jackpot so high and their store was going to be flat out.

‘I don’t want to think about it. Gonna be insane,’ the worker wrote.

‘We sold out of a 10 share syndicate today (Friday) already for it, we have three others, and I foresee 2 selling out by close on Sunday.

‘Here’s hoping everybody doesn’t think it’s worth it lol (wishful thinking be damned).’

One Reddit user who is also a newsagency worker replied: ‘It definitely hurt my feelings a bit this morning. It’s going to be a hell of a week. Again.’

Newsagencies across the country are gearing up for the crowds with a store in Cessnock Plaza, in the Hunter Region of NSW 160km north of Sydney, installing ‘crowd control columns’. 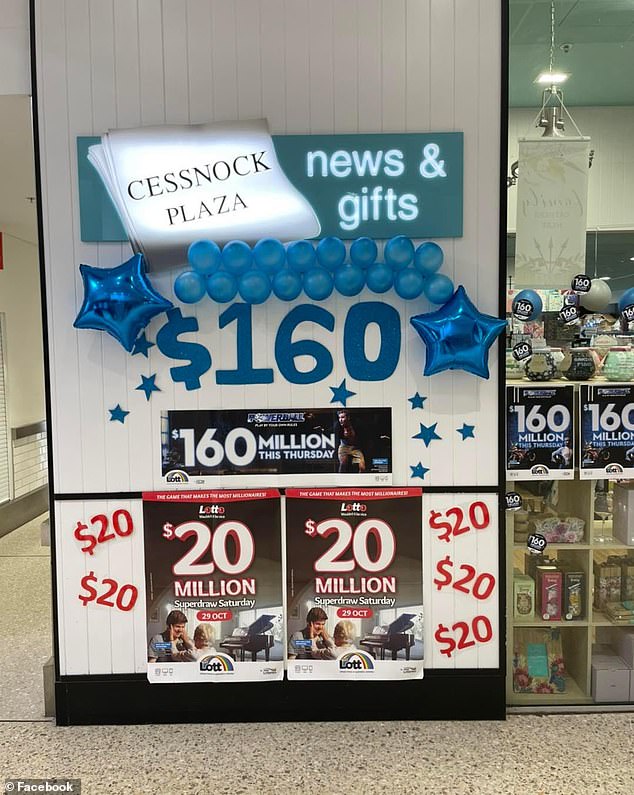 2022 division one Powerball winners by State

The Lott’s James Eddy said if a single person claims the ‘monumental draw’, they would become Australia’s biggest lottery winner in history.

‘Winning $160 million would immediately change your life and those of your nearest and dearest, but it would also be amazing to claim the title of biggest Australian lottery winner in history,’ Mr Eddy said.

‘As this is the largest Australian jackpot ever offered, we’re expecting it to be busy in-store and online in the lead-up to this monumental draw.’

Ticket holders must have the winning combination of seven wining numbers plus the all-important Powerball number needed to score the division one prize.

While no one took home the jackpot prize in last Thursday’s draw, there were a total of 4,139,050 prizes worth more than $75 million won in divisions two to nine.

The largest Australian lottery winner on record is a Sydney nurse who won $107million on Powerball in 2019.

Mr Eddy said Powerball had already crowned more winners in 2022 than in each of the past three years with 15 Powerball division one wins totalling over $454million.

‘Whether or not we see the arrival of 2022’s sixteenth Powerball division one winner next week remains to be seen,’ Mr Eddy said. 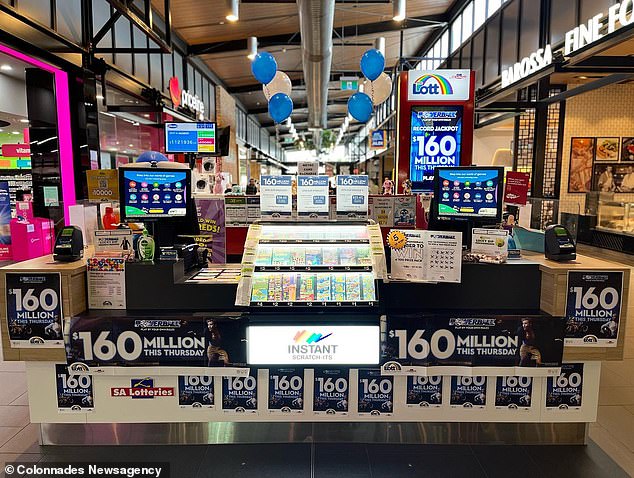 Statistics compiled by the Lott reveal the most frequently drawn numbers from the main barrel in last year were 17, 9, 2, and 25.

Victoria: the postcodes of 3199 for Frankston sold four division one winning entries.

NSW and the ACT: the postcode of 2444 for Port Macquarie sold three division one winning entries.

Queensland:  the postcodes of 4670 for Bundaberg/North Bundaberg and 4740 for Rural View/Slade Point each sold three division one winning entries.

South Australia: the postcode of 5000 for Adelaide sold three division one winning entries.

Tasmania: the postcode of 7250 for Launceston / Newstead sold two division one winning entries.

Northern Territory: the postcode of 0828 for Berrimah the Territory’s division one biggest prize from an in-store ticket.