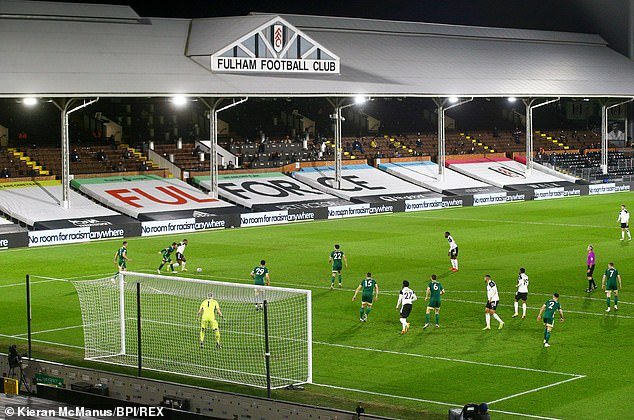 The Premier League could block supporters from attending matches on the final day of the season due to concerns over sporting integrity.

As part of Boris Johnson‘s announcement yesterday of a roadmap out of lockdown, up to 10,000 fans or 25 per cent of a stadium’s capacity (whichever is smallest) could attend sporting events from May 17.

That would make the final day of the Premier League season – May 23 – as marking the return of supporters inside football stadiums. But latest reports state that the Premier League has yet to decide whether fans will be allowed back in, with clubs to be consulted on sporting integrity issues.

Final-day games include Fulham hosting Newcastle at Craven Cottage, which could well prove to be a relegation-decider – three points currently separate the two sides.