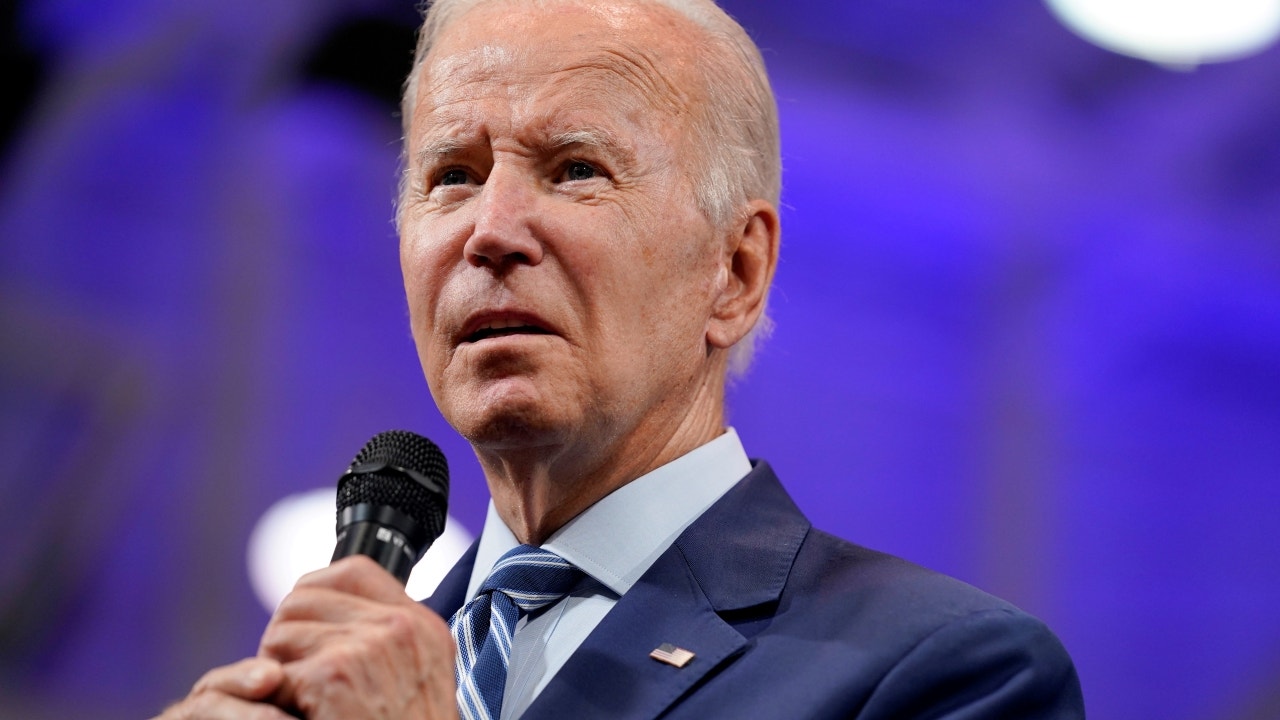 President Biden made gun-related gaffes during a campaign-style event in Pennsylvania on Tuesday afternoon.

Biden traveled to Wilkes-Barre to promote his “Safer America” agenda, which is focused on deterring crime and helping law enforcement. Biden’s policies are also geared towards toughening up gun laws and expanding background checks.

During the speech, Biden made an unsourced claim about the speed that an AR-15 shoots bullets.

“Do you realize the bullet out of an AR-15 travels five times as rapidly as a bullet shot out of any other gun?” Biden asked rhetorically during his speech.

It is unclear what the president was referencing, but AR-15s generally do not shoot the fastest bullets.

A June study by hunting gear retailer Field and Stream looked at the fastest rifle cartridges – and AR-15 rounds did not make their list.

BIDEN BLASTED FOR MOCKING ‘BRAVE’ SECOND AMENDMENT DEFENDERS: ‘YOU NEED AN F-15’ TO FIGHT AMERICA, NOT A GUN

President Biden made the inaccurate gun remark at an event in Wilkes-Barre, Pennsylvania.
(AP Photo/Evan Vucci)

Biden also claimed that “AR-15s just rip the body apart,” which is also inaccurate. Damage from a gunshot depends on the type of bullets used.

Biden also ridiculed Second Amendment advocates in the Tuesday speech, sarcastically calling them “brave” for believing guns are a tool for self-defense.

“For those brave right-wing Americans who say it’s all about keeping America independent and safe, if you want to fight against the country, you need an F-15,” Biden said mockingly. “You need something more than a gun.”