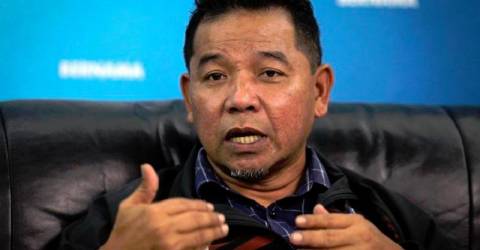 KUALA LUMPUR: National athletes who turn professional will still receive the best support and assistance through the Gold Paris programme in a bid to realise the country’s dream of a first Olympic gold medal in Paris 2024.

National Sports Council (NSC) director-general Datuk Ahmad Shapawi Ismail (pix) said all athletes with the potential to qualify or contribute a medal at the Olympics, irrespective of whether they have turned professional or are still with the national associations, will be given assistance under the programme.

“However, we will first discuss the procedures or methods to help athletes under the Gold Paris 2024 programme. So far, we have already identified the athletes involved, but we cannot share it for now,” he told reporters at the NSC today.

He said the assistance to be provided through the Gold Paris programme would be part of NSC’s existing Podium Programme, but it will have a specialisation in the preparation of the country’s athletes for the world’s biggest sporting event.

The Gold Paris programme will be divided into two groups of athletes, namely those capable of qualifying and those with the potential to deliver the gold medal.

The names of the athletes listed under the Gold Paris programme are expected to be officially announced next month.

Ahmad Shapawi said that, under the programme, athletes with the potential to win medals at the Paris Olympics will not only be assisted in terms of sports science and expenses but also with the best of whatever they need.

National shuttlers like Lee Zii Jia (men’s singles); Ong Yew Sin-Teo Ee Yi (men’s doubles); Tan Kian Meng-Lai Pei Jing and Goh Soon Huat-Shevon Jemie Lai (mixed doubles) are among the professional athletes seen to have the potential to qualify for the Olympics but are not under the auspices of the national association.

Meanwhile, Youth and Sports Minister Hannah Yeoh congratulated the national bowlers who emerged runners-up in the Asian Tenpin Bowling Championships in Hong Kong when they returned home with a haul of four golds, five silvers and three bronzes.

“I am very happy with the performance of the national bowling squad. There will indeed be a reward for them through the Sports Victory Prize Scheme (SHAKAM) incentive. – Bernama