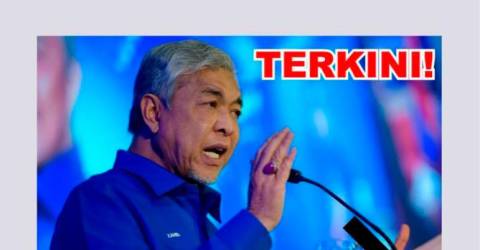 The Umno secretary-general said this in response to a message that went viral on social media alleging the matter and linking it to the Bagan Datuk MP.

‘’The message is fake,” he said to a Malay news portal today.

The purported message claimed that all Umno division chiefs have been instructed by Zahid to make the proposal to the Prime Minister Datuk Seri Ismail Sabri Yaakob.

The viral message also claimed that Ismail would be sacked from the party if he failed to adhere to the proposal.