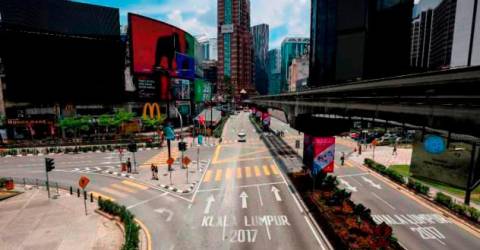 KUALA LUMPUR: A court order has been issued prohibiting the holding of gatherings at three major locations here for one week, even as authorities announced road diversions and closure of certain train stations in the city tomorrow.

The order was issued yesterday following reports that a rally would be held in the city, he told a press conference at the Dang Wangi district police headquarters (IPD) here today.

He said police had not received any application to stage the rally.

“The gathering reported to be held tomorrow clearly contravenes Regulations 9 (Prohibition of Procession) and 10 (Control of Assembly) of the Prevention and Control of Infectious Diseases Regulations,” he added.

He said 1,010 police personnel would be deployed to maintain order and ensure compliance with the standard operating procedure (SOP).

Noor Dellhan said traffic would be diverted at six major roads in the city beginning 7 am tomorrow.

“For MRT, it will involve the Bukit Bintang, Merdeka and Pasar Seni stations,“ he said.

“KTMB will also stop its operations at the Kuala Lumpur, Bank Negara and Putra stations,“ he added.

Meanwhile, he said so far 16 individuals including five politicians had been called up for their statements to be recorded regarding the organising of the rally.

The media reported that a rally would be held by certain quarters to demand the resignation of Malaysian Anti-Corruption Commission chief commissioner Tan Sri Azam Baki over his share ownership issue. – Bernama