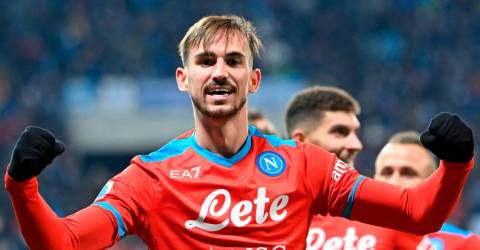 Fabian is the fifth signing of the summer by PSG and will further strengthen their midfield following the arrival of Portugal duo Vitinha and Renato Sanches.

“I am delighted to join Paris Saint-Germain. It is great for me to start this new stage of my career in this country,“ Fabian told the club website.

“I am proud to be joining one of the best clubs in Europe with the best players in the world. It’s a really exciting challenge.”

The 26-year-old spent four seasons with Napoli and won the Italian Cup in 2020.

Fabian is a former European Under-21 champion with Spain and has 15 international caps. The ex-Real Betis player was part of the Spain squad that reached the semi-finals of Euro 2020. – AFP