By Christena Appleyard for the Daily Mail

The beautiful descriptions of the remote landscapes of Maketu in New Zealand are one of the reasons for this story’s tight grip on the reader.

Another is a highly original plot which has a dash of a knowing literary flourish.

The story centres on 17-year-old Kate, who is on the run and being held against her will in a remote cabin by a violent man called Jim.

Their exact relationship is a mystery, but Jim claims he is protecting Kate from the consequences of something awful she did back home in Melbourne, Australia.

In a particularly brutal opening scene, Jim shaves Kate’s hair off and tells her she must now call herself Evie.

By way of perfectly paced flashbacks, we learn what Kate might have done in Melbourne and what Jim’s motives might really be.

The writing is restrained and packed with an elegant menace. This is a clever cautionary tale about memory and manipulation. 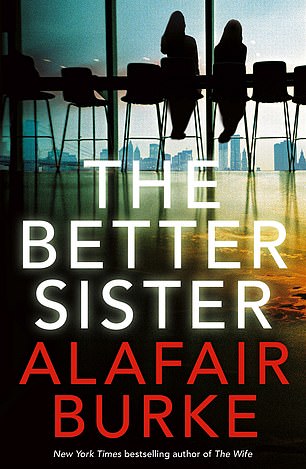 A woman marrying her older sister’s ex-husband is a pretty neat set-up for any story.

Chuck in the murder of said husband and the stepson emerging as a suspect and you have a cracker of a plot.

Nicky, the older sister, and Chloe are forced back together to defend the boy — with dramatic consequences.

Alafair Burke is a former U.S. prosecutor and the bestselling author of The Wife.

She has an expert insight into the criminal mind which gives the story its tense authority.

She also understands the glamour and toxic hypocrisy of the New York publishing world where Chloe works.

But it is her portrayal of the complex relationship between the two siblings, with their shared secrets but very different outlooks, that makes this book such a compelling read. 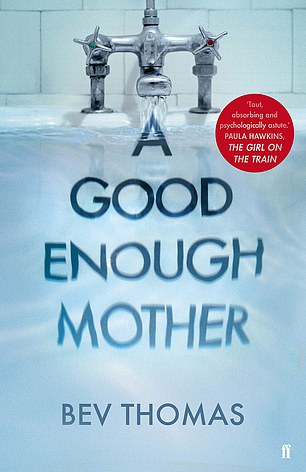 This is a tale told from a therapists’s point of view — currently a fashionable literary device.

Ruth is the director of a London NHS trauma unit and when a young patient, Dan, turns up, he reminds her of her own son, Tom, who has vanished.

The rules say she must pass him on to another therapist — but, overwhelmed by her failures as a mother, she doesn’t.

Sensing her vulnerability, Dan, a damaged and dangerous young man, gets inside Ruth’s head and you sense — correctly — an impending tragedy.

The most alarmingly successful element of the story is a glimpse of the chaos that might lie behind the studied neutrality on the face of a therapist.