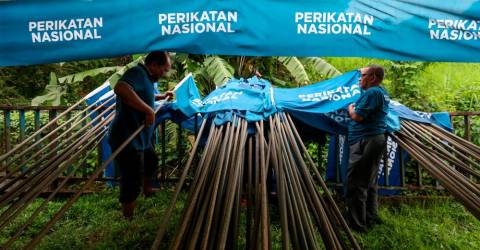 KOTA TINGGI: Johor Perikatan Nasional (PN) has dismissed talk that the coalition’s offer of a public holiday in its manifesto shows it has run out of ideas, saying it is aimed at promoting democracy.

Johor PN election director Rasman Ithnain said this was because some voters needed to travel far with their family to vote and had to return home the next day to work.

“The holiday promised in the PN manifesto is to appreciate voters. We want to make democracy more fertile in our country.

“After voting, they have to return home to work for states where Sunday is a working day. With the holiday, they can spend time with their family after voting,” he told reporters at the PN office here.

He said responding to criticism by a political party leader that PN was bereft of ideas and had to resort to offering a public holiday in its manifesto.