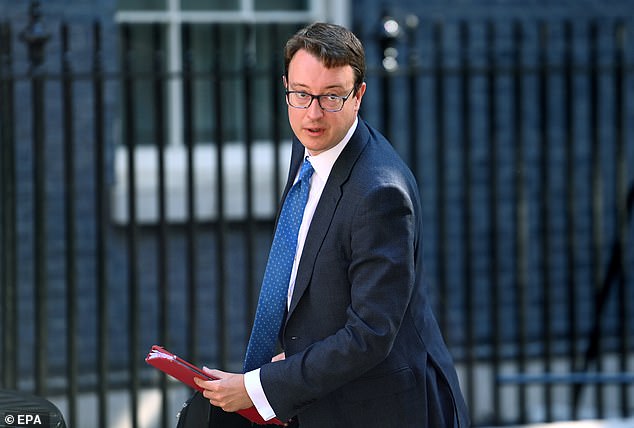 By Jason Groves Political Editor For The Daily Mail

Pay awards would have to be ‘proportionate and balanced’, he added as the Treasury warned against ‘a return to the 1970s’.

A Government source said ministers were determined to ensure that pay awards do not ‘scramble to match inflation’.

Ahead of a Cabinet discussion on pay and strikes this morning, Boris Johnson said: ‘It is right that we reward our hard-working public sector workers with a pay rise, but this needs to be proportionate and balanced.

‘Sustained higher levels of inflation would have a far bigger impact on people’s pay packets in the long run, destroying savings and extending the difficulties we’re facing for longer.’

With the Bank of England forecasting that inflation will hit 11 per cent this year, he said it was ‘not a sustainable expectation that inflation can be matched in pay offers’.

British Chief Secretary to the Treasury Simon Clarke arrives for a Cabinet meeting at 10 Downing Street in London, Britain, 14 June 2022 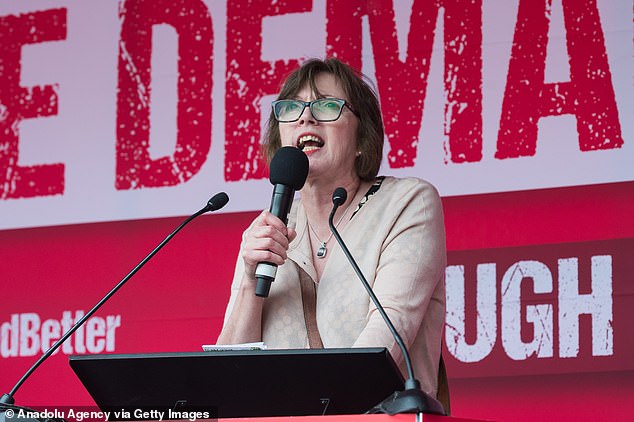 Mr Clarke added: ‘That is not something that is going to be seen across the private sector, frankly, as well as the public sector.

‘We cannot get into a world where we are chasing expectations in that way. That is the surest way to bake in a return to the 1970s and that is something we are determined to prevent.’

The source added: ‘We have a responsibility to tackle inflation and stop it becoming entrenched.

‘To do this we must ensure that pay settlements are sensible and do not scramble to match inflation, and as a result drive up prices as the cost of goods and services increases to incorporate pay rises.’ TUC general secretary Frances O’Grady warned that strikes will spread across the country unless workers get ‘pay justice’.

She said Mr Clarke’s comments made a mockery of the Prime Minister’s pledge to build a ‘high wage economy’.

She added: ‘Working families struggling to pay their bills have earned a decent pay rise. When will we hear the Government calling for restraint in the boardroom and on profits?’

Downing Street slapped down Bank of England governor Andrew Bailey last month for urging pay restraint. But No 10 said yesterday Mr Clarke was right to try to rein in expectations about wages.

The Prime Minister’s official spokesman said that while ministers were not trying to dictate wage rates, ‘clearly the Government is taking heed of the economic situation in which we find ourselves, particularly in light of inflation.

‘And we expect private sector companies will do so as well.’ The spokesman added: ‘If inflation becomes more serious and sustained for longer than it needs to be, we destroy savings, growth and living standards. And that’s what we need to be alive to.

‘Of course we want to see a high wage economy. But you need to make sure that that is done in a way that doesn’t stoke inflationary pressures.’ 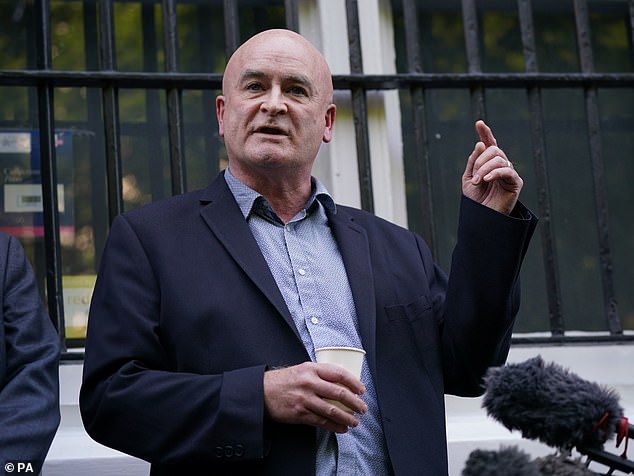 Rail workers will begin a series of strikes over pay today. The RMT union is demanding a 7.1 per cent pay rise, which has been rejected by Network Rail and the train operating companies. A string of other unions are also gearing up for industrial action in what ministers fear could become a ‘summer of discontent’.

She acknowledged there was a risk that her union’s pay demands could fuel inflation but added: ‘The risk if you don’t pay teachers properly is greater.’