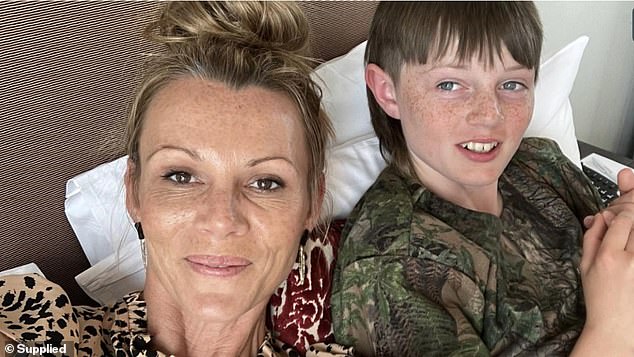 A young boy desperate to see his dad for the first time in nine months was left ‘distraught’ after Qantas refused to let him board a flight to see him.

Charlie Mooney, aged 12, was set to fly from Auckland to Bangkok to see his dad for the first time in nine months when he was turned away at the boarding gate.

The boy’s ticket to fly as an unaccompanied minor was booked two weeks ago through a Qantas ticketing agent.

The adult ticket was purchased with an extra fee to ensure Charlie would be taken care of on the flight.

But when his mother, Clare Mooney, dropped her son off at the airport for the 3am flight, they were told he couldn’t board by ‘unhelpful’ Qantas staff.

Mooney was first told her son could not board the flight because of a problem with his vaccination certificate.

But then staff told her this was incorrect, and her son could not board the flight due to it being a codeshare trip with Emirates – meaning there was a different carrier for each leg of the trip.

Due to Qantas not being responsible for accompanying her son at the stopover point in Sydney as the second leg was with Emirates, her son was not allowed to board the plane. 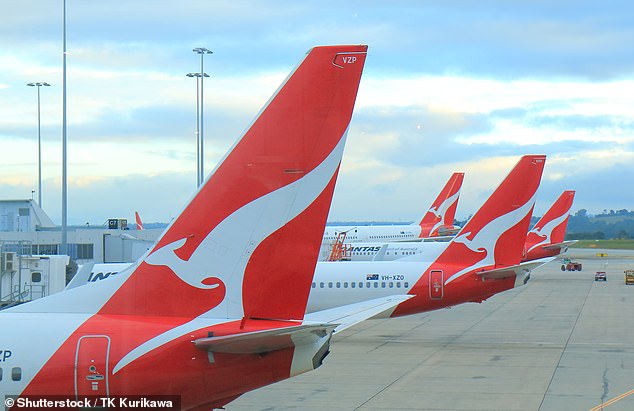 She was then informed her son was unable to board due to it being a codeshare flight with Emirates, meaning the carrier was different on the second leg of the journey and couldn’t assure the unaccompanied minor could be looked after at the Sydney stop over

‘My son was distraught and was upset he wasn’t going to be able to see his dad,’ Ms Mooney explained to the New Zealand Herald. ‘I was standing there feeling helpless after being treated like I had done something wrong.’

Ms Mooney said the ticket was booked by Charlie’s father Andrew Read and despite the code-sharing issue being mentioned at the time of booking, Mr Read was assured it would be fine by the third-party booking agent. 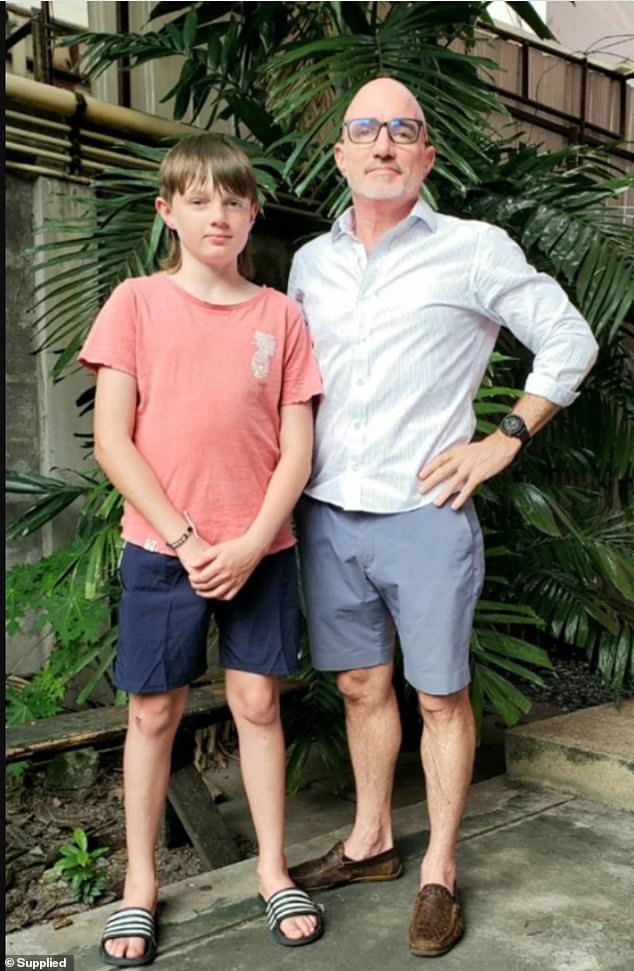 Ms Mooney said the ticket indicated both flights were with Qantas.

Once it was understood Charlie was not going to be allowed to board, both his parents discussed the possibility of him flying as an adult but once again they were told that wasn’t possible.

Ms Mooney said she felt Qantas just wanted them to go away as she kept trying to find solutions but ‘they just wanted to find problems’.

‘I was doing all of the work and they were doing nothing,’ she said.

She and her son returned home unable to find a solution with Charlie’s father spending $4,500 to book alternative flights with Malaysian Airlines so he could see his son.

Mr Read said he complained to Qantas but kept being forwarded to Emirates before the airline eventually stopped replying to his queries. 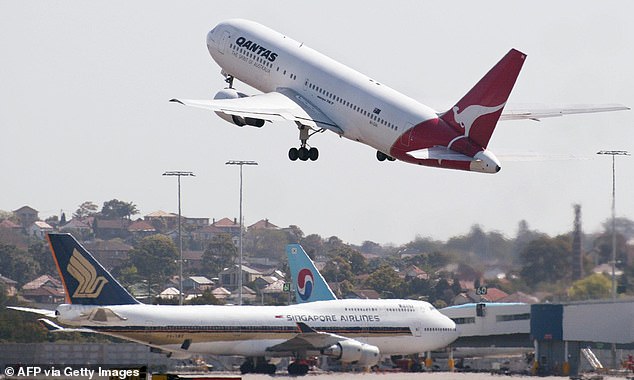 Charlie’s father spending $4500 to book alternative flights with Malaysian Airlines so he could see his son. Qantas said they would issue the family a refund

‘They could have flown Charlie with their ground staff providing support with very little issue, but instead, they approached it so poorly. There is no empathy or humanity around these airlines anymore,’ Mr Read said.

Charlie’s parents said the experience was upsetting for the whole family and there was no warmth or care given from the start.

A Qantas spokesperson told the New Zealand Herald the family would be refunded.

‘We know this would have been a very frustrating experience and we have apologised to the Read family for providing incorrect advice.