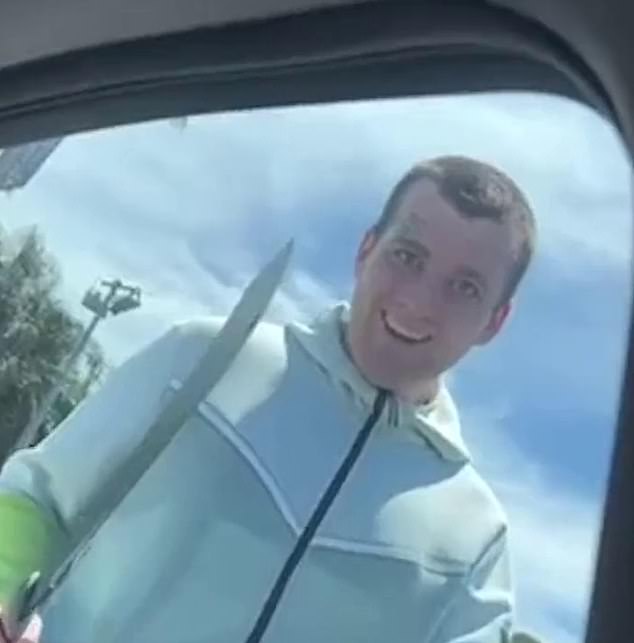 Terrifying footage shows the moment a grinning man armed with a machete allegedly tried to carjack a driver stopped in traffic.

The unsettling footage, taken on Monday in Deception Bay in Queensland, shows the man tapping on the window of the car and demanding the driver let him in.

He slapped the back window a couple of times and grinned at the camera.

TikTok user Ash Massacre revealed that she was the passenger in the car and said the man politely asked to be allowed inside.

After he was unsuccessful, the unnamed man then walked down the street through traffic with the machete still in his hand.

The unsettling footage, taken on Monday in Deception Bay in Queensland, shows the grinning man tapping on the window of the car and demanding the driver let him in

Queensland Police were called to the scene and confirmed they arrested a 21-year-old man.

He has since been charged with threatening violence and unlawful entry of motor vehicles and obstructing police.

‘It was absolutely terrifying,’ Ash said. ‘I didn’t know what to do. I was stuck in shock. We couldn’t go anywhere because there was a car beside us, a car in front of us and one behind us.

‘He tapped on the window with his machete and was like, ‘Please let me in’. He was very polite and I was stunned.

‘His smile was actually terrifying. It’s haunted every one of my dreams and it was a bad experience.’

The witness explained how she and her husband had initially spotted the man walking in the street. 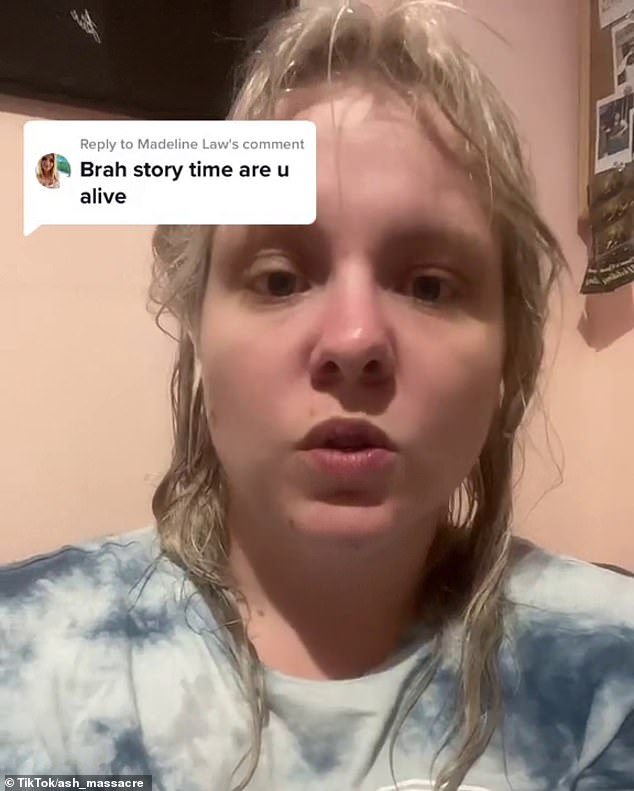 ‘We had stopped at the lights and basically I could see some dude walking through it and I was like ‘What’s he doing?’. And my husband’s like, ‘Oh, he’s walking around with a machete’ and he was like swinging it around.

‘So I started recording because I thought it’s weird and my sisters would never believe that.

‘I never expected him to come to the car and never in a million years did I think he would come to the back window.’

The man is set to appear in court in December.