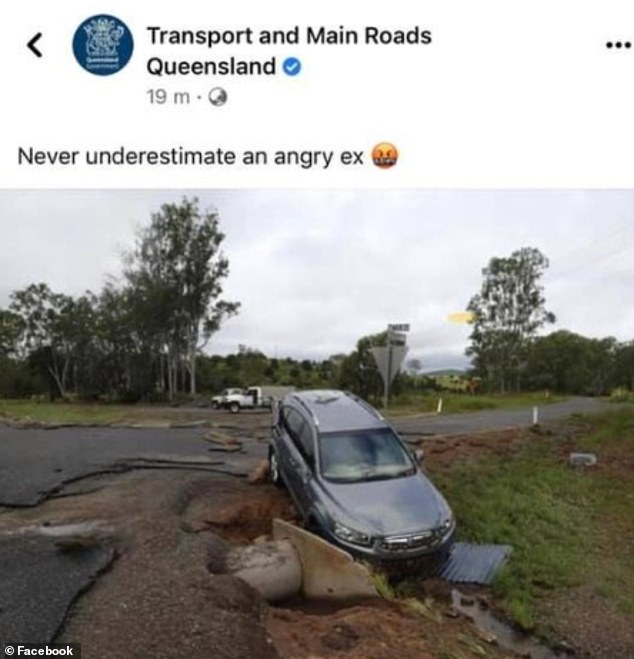 
Queensland‘s Transport Department has been accused of making light of domestic violence with a Facebook post likening a cyclone to an ‘angry ex’.

The controversial post featured a Bundaberg road damaged by Cyclone Seth with a car driven off the street into a ditch eroded by the storm.

‘Never underestimate an angry ex,’ the photo was captioned.

‘It’s distasteful and minimises the very real experiences of many DV victims,’ Ms Camm wrote on Facebook on Wednesday.

‘I have shared this post because it is the conversation and awareness of calling it out that we need to have.

‘Clearly we have a long way to go to educate what is acceptable and how big an issue domestic violence is when a government department is posting this content.

‘As shadow minister is it my responsibility to speak on behalf of those who can’t and hold such actions to account.’

The Transport Department apologised for the blunder after people labelled the post ‘disgusting’, ‘appalling’ and ‘in unbelievably bad taste’.

‘Earlier today we posted about the dangers that still exist after a cyclone, referring to an ex-tropical cyclone as an “angry ex”,’ it wrote in an updated Facebook post. 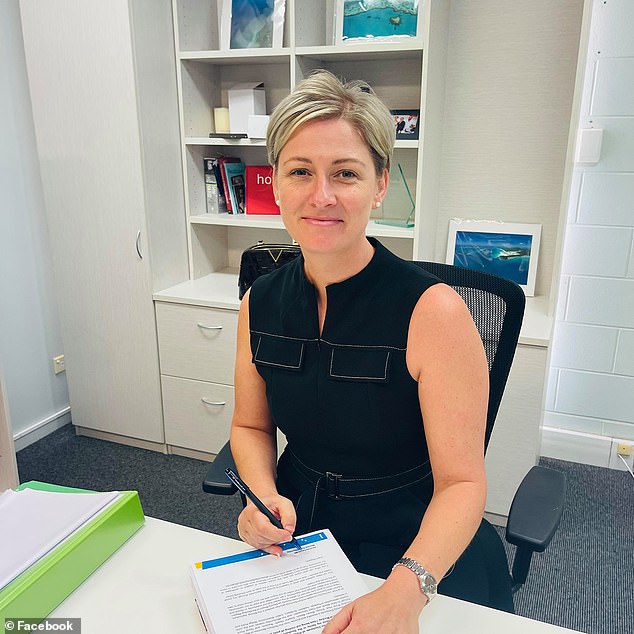 ‘We often use light-hearted language to engage with and ultimately reach more Queenslanders with important information.

‘We removed our original post after some commenters pointed out that it could be interpreted as a reference to domestic violence.

‘We’re committed to preventing all forms of violence against women, children and men and we would never intentionally make light of such a serious issue.

‘We apologise and want to thank our commenters for reaching out to us with their concerns so quickly.’

Ms Camm told The Courier Mail she was aware the post ‘may have a been written with a different context intended’ but the department should have known better.

‘This is not about political correctness going too far,’ she said

‘This about a community awareness that domestic violence is a real issue that does not discriminate and the need for those who have influence and the privilege to share messaging are sensitive to the violent reality that too many in our community live with.’