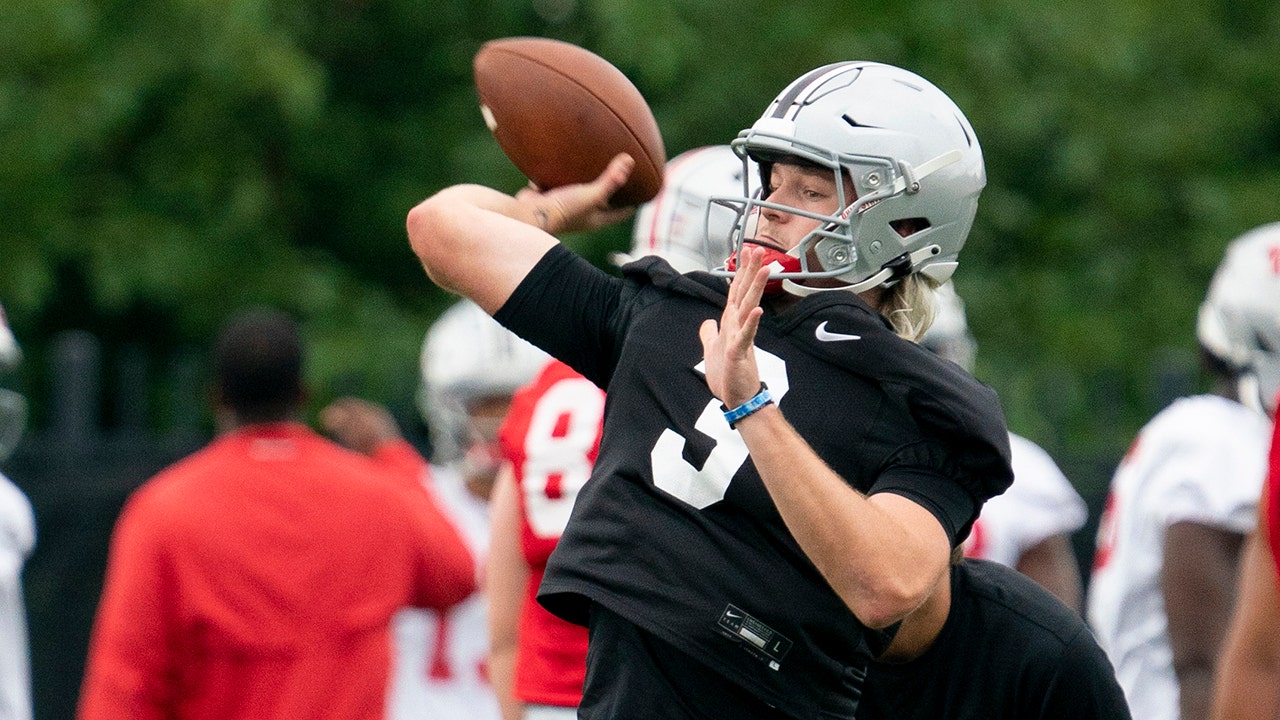 Quinn Ewers is on his way out of Ohio State, announced Friday evening.

According to Yahoo Sports‘ Peter Thamel, Ewers will enter the transfer portal and is “expected to consider Texas, Texas A&M and Texas Tech as potential destinations.”

Under Pressure, Southlake Carroll’s quarterback, Sophomore Quinn Ewers (3) runs the ball for a first down in the first quarter in their game against the Permian Panthers Friday night in Odessa Texas on September 13, 2019.
(Ben Powell/Odessa American via AP)

Ewers chose to forego his final year at Southlake Carroll to join the Buckeyes in 2021, which paid off for him as the ground-breaking NIL rule change allowed the 18-year-old prospect to cash in on over $1 million in advertising deals.

Current Ohio State quarterback CJ Stroud, a name floated for the Heisman this year, has quelled any desire for the Buckeyes to give Ewers looks this season — minus the two snaps he’s taken for the team so far. Even in a loss against Oregon, Stroud’s 484 yards proved that the starting slot is still well in his control.

Stroud’s production has led the Buckeyes to a 10-2 record and a No. 7 ranking among the CFP listing — though the team is still only peering its way in on making the Playoff.

Ewers was regarded as the team’s backup over Kyle McCord, but the team’s ‘success’ under Stroud still kept the top-ranked QB prospect on ice — likely a season or two away from commanding his own offense.

Apparently, that’s no longer the case.