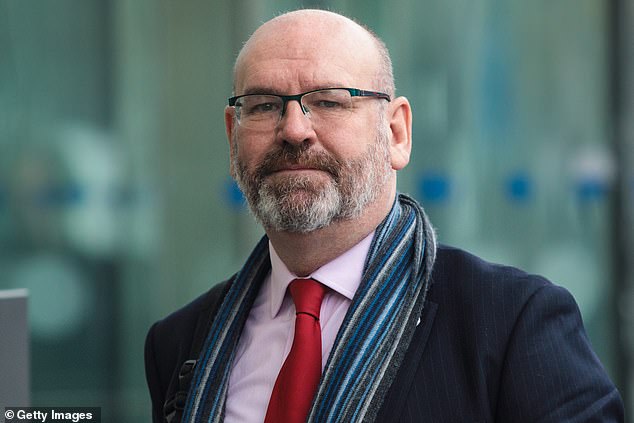 By David Churchill Transport Editor For The Daily Mail

A rail union baron was yesterday accused of plotting travel misery from his sun lounger as it emerged he was on holiday rather than around the negotiating table.

Drivers for seven operators are also walking out on Saturday, hitting sports fans travelling to the Commonwealth Games in Birmingham.

But the Daily Mail has been told the union firebrand, pictured, was abroad on holiday in Turkey for much of the last week or so.

An Aslef source confirmed that ‘he’s on leave, he’s abroad’ and would not be returning to his desk until today.

A rail industry source said: ‘I’m told there’s not been a whole lot of Aslef talks in his absence.

‘Ultimately, announcing strike dates and then having your top dog go away doesn’t scream of commitment to agreeing a deal.’

Another said: ‘It’s all very well tweeting solidarity from a sun lounger, but what really needs to happen is for them to get round the table with us and sort this out.’

In an Aslef press release last night, Mr Whelan said: ‘Strikes are always the last resort. We don’t want to inconvenience passengers… and we don’t want to lose money by going on strike but we’ve been forced into this position by the companies, who say they have been driven to this by the Tory Government.’ 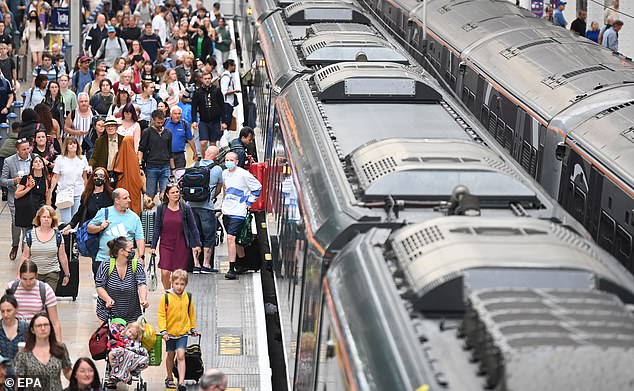 Travellers board a Great Western train at Paddington Station in London, Britain, 26 July 2022

The union wants pay rises in line with inflation despite drivers already being on an average salary of around £60,000.

It came as a separate strike by the militant RMT union yesterday brought fresh misery to commuters and led to nearly four in five trains being cancelled.

Britain’s busiest stations were eerily quiet as commuters chose to work from home to avoid the RMT’s fourth national strike in little more than a month.

The RMT has turned down an offer of an 8 per cent pay rise for Network Rail workers over this year and next, and its members are set to walk out again nationally on August 18.