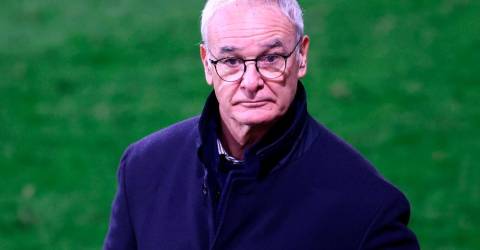 ROME: Cagliari have appointed the much-travelled Claudio Ranieri as head coach on a contract until June 2025, the Serie B club announced on Friday 31 years after he left the role.

The Italian came to prominence as a manager with Cagliari from 1988 to 1991, leading the team from Serie C to Serie A in successive seasons before joining Napoli.

“I’m going back to Cagliari: I’ve always known it, I declared it even then, at the time of my departure,” the 71-year-old said on the club’s website.

“Cagliari made me understand that maybe I could make it in my job, I had found all the elements that helped me in those three years: fans, players, managers, we were all one.

“In these days you have helped me make this decision, which was not easy for various reasons. We are bound by mutual respect and love, many beautiful memories.”

Ranieri is best known in England for guiding Leicester City to a fairytale Premier League title in 2016, but he failed to work his magic at Watford as they earned only seven points in three months before he left the job in January.

Ranieri, who has also managed several clubs in Italy including Juventus, AS Roma and Inter Milan as well as teams in Spain and France, takes over a Cagliari side who are in 14th place in the second tier after being relegated last season. – Reuters