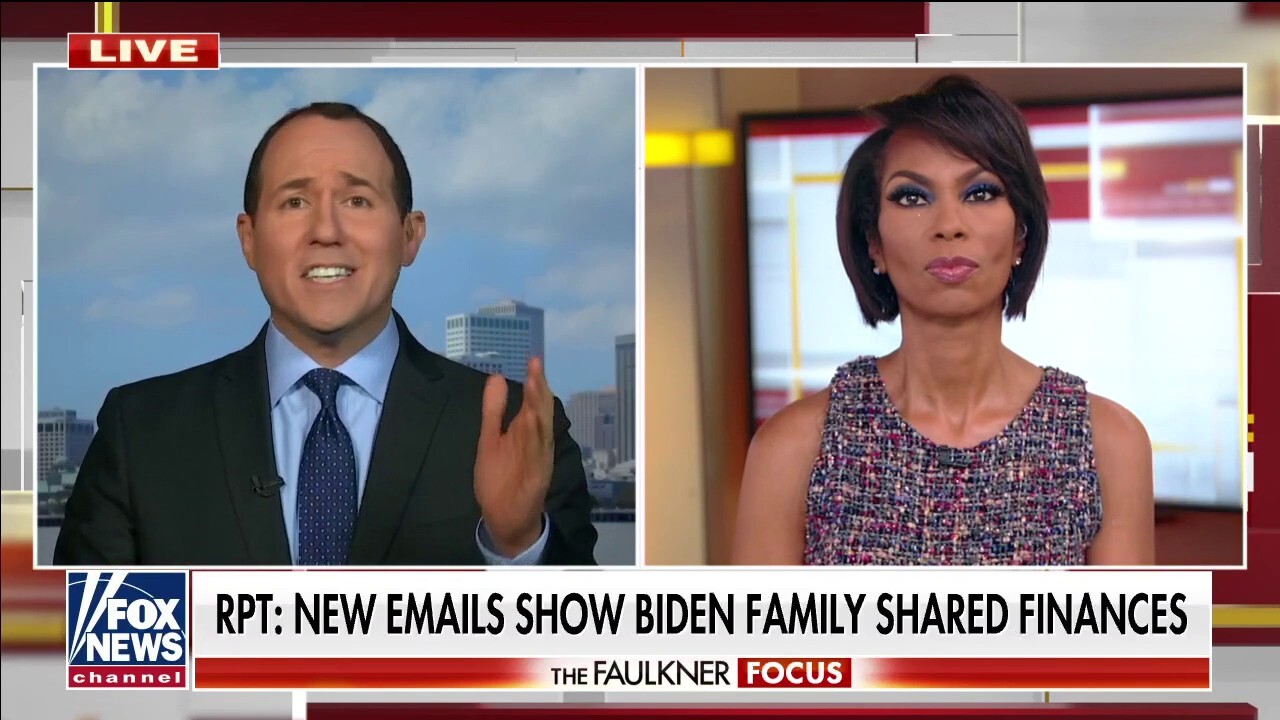 JOE BIDEN COULD GET DRAWN INTO THE FBI PROBE INTO HIS SON HUNTER: REPORT

RAYMOND ARROYO It’s a huge problem. This has been going on since that laptop first surfaced. We know there were these conjoined accounts where Hunter Biden even complained to his daughter that he blew half of his salary paying ‘pop-pop’s’ bills. … He was paying the telephone bill, doing the taxes. The question is if the money that was garnered from these foreign interests, which was basically influence peddling, if that money landed in the joint accounts, does that put Joe Biden on the hook in this FBI investigation? We will see. … This guy is a walking, talking reality show. … You’d think they’d want to keep this out of the public eye. Instead, we’ve turned to a new grift: Hunter Biden, artist.