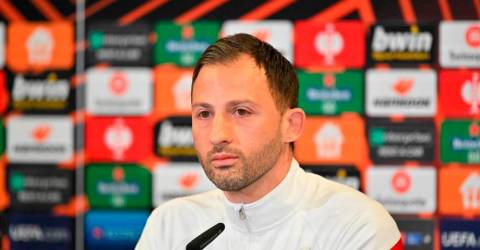 BERLIN: Domenico Tedesco was fired by German side RB Leipzig on Wednesday, a day after a 4-1 home thrashing by Ukraine’s Shakhtar Donetsk in their opening Champions League group match.

It comes months after he led them to German Cup success but a dreadful start to their league campaign has yielded five points from five matches in the Bundesliga.

Even before Tuesday’s humiliation, there were rumours that Leipzig had lined up former Borussia Dortmund coach Marco Rose.

Italy-born Tedesco, 36, only took over last December when Leipzig sacked American Jesse Marsch after a poor run of results.

Tedesco turned their fortunes around, guiding them to a Champions League spot, the Europa League semi-finals and their maiden domestic trophy, beating Freiburg on penalties in the German Cup final.-AFP