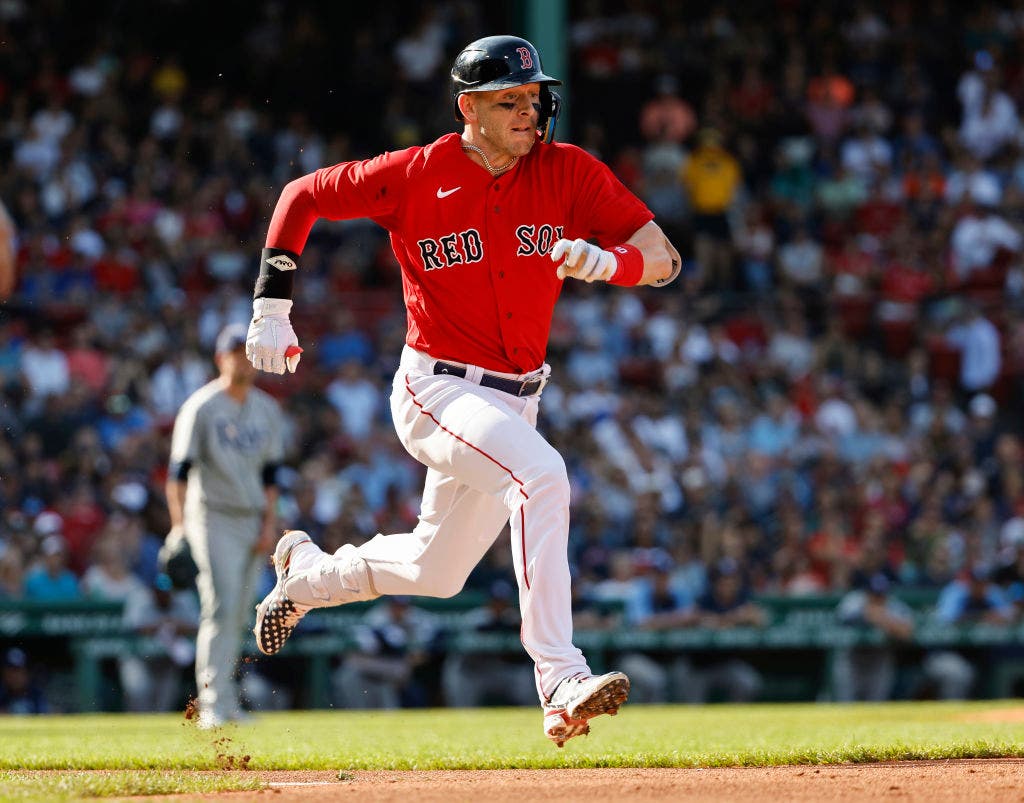 Red Sox second baseman Trevor Story returned to the starting lineup for Saturday’s game against Tampa Bay after missing just over six weeks with a small fracture near his right wrist from getting hit by a pitch.

Story was on the injured list with a bruise since July 14 after getting hit on the right hand with a pitch during a game on July 12 from Tampa Bay right-hander Corey Kluber. A second-opinion examination in late July revealed a hairline fracture near the wrist.

He started at second on Saturday and was listed sixth in the batting order. In what’s been an up-and-down first season with Boston, he’s batting .221 with 15 homers and 58 RBIs.

Manager Alex Cora said before the game that the plan was to give Story Sunday off.

Trevor Story, above, of the Boston Red Sox runs out an infield hit against the Tampa Bay Rays during the first inning at Fenway Park on Aug. 27, 2022, in Boston, Massachusetts. Story returned to the field on Saturday after being out with a small fracture on his right wrist.
(Winslow Townson/Getty Images)

He had two rehab starts with Double-A Portland. One scheduled for Friday was rained out.

“Physically, he’s fine,” Cora said. “Timing-wise, we’re about to see. He made some changes, cleaned up some things swing-wise. It looks different. Hopefully, this will get him going right away.”

The 29-year-old Story signed a $140-million, six-year deal with the Red Sox during spring training after spending his first six big-league seasons with Colorado.

To make room for him on the roster, the club sent outfielder Jarren Duran to Triple-A Worcester. Duran, 25, started 47 games with the Red Sox and batted .220 with 17 RBIs.

“He needs to play. He needs to go down there and play,” Cora said of Duran’s demotion. “There’s things he needs to do better offensively. He understands that.”

The Red Sox have basically fallen out of the AL’s wild-card chase, trailing the third and final spot by eight games with three teams in front of them.