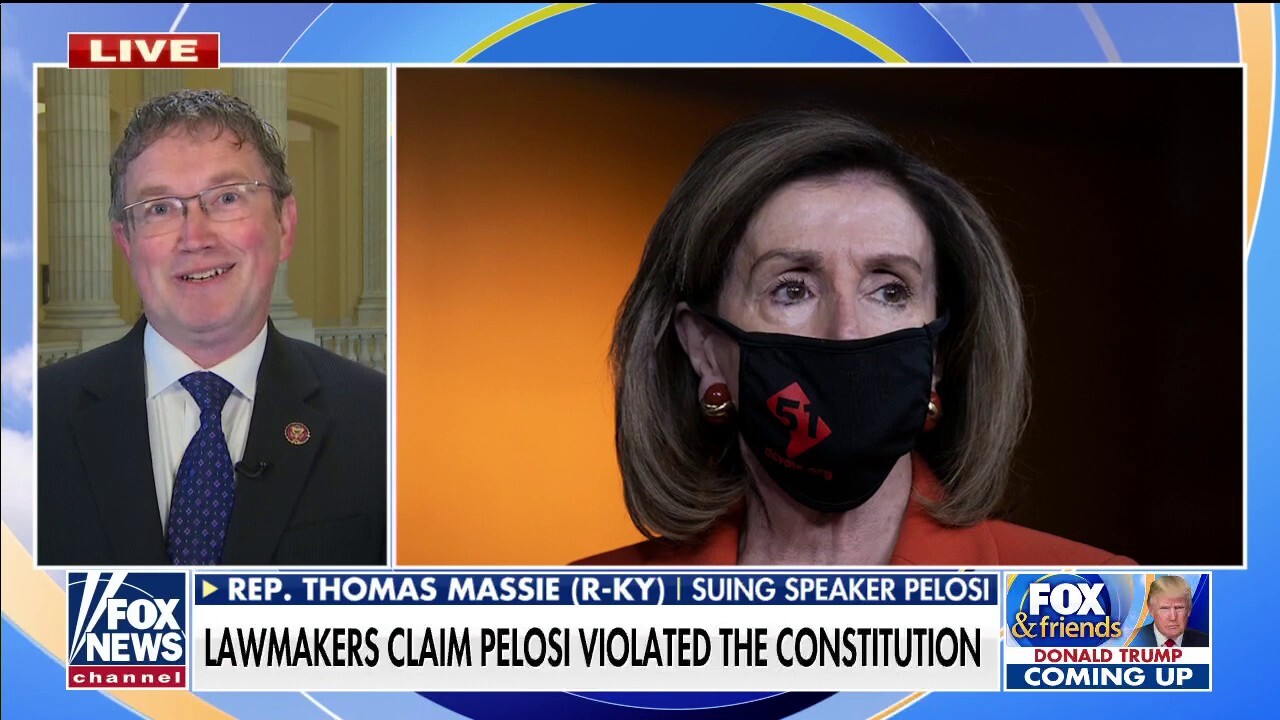 THOMAS MASSIE: Nancy Pelosi is not just a tyrant, she’s a hypocrite. And she has one set of rules for herself and another set of rules for everybody else in the House. She has deducted money directly from our salary, which is in blatant violation of the Constitution. Now, I know a lot of people aren’t sympathetic to congressmen having their salaries cut, but whatever she could do to us, she will do to the general public. And that’s what I realized this summer, when 10 of us went down to the floor and blatantly and openly violated the mask rule. But she’s either not very smart or doesn’t have good lawyers because she violated the 27th Amendment to the Constitution and the base Constitution, which both say we can’t change our own salaries.

WATCH THE FULL INTERVIEW BELOW