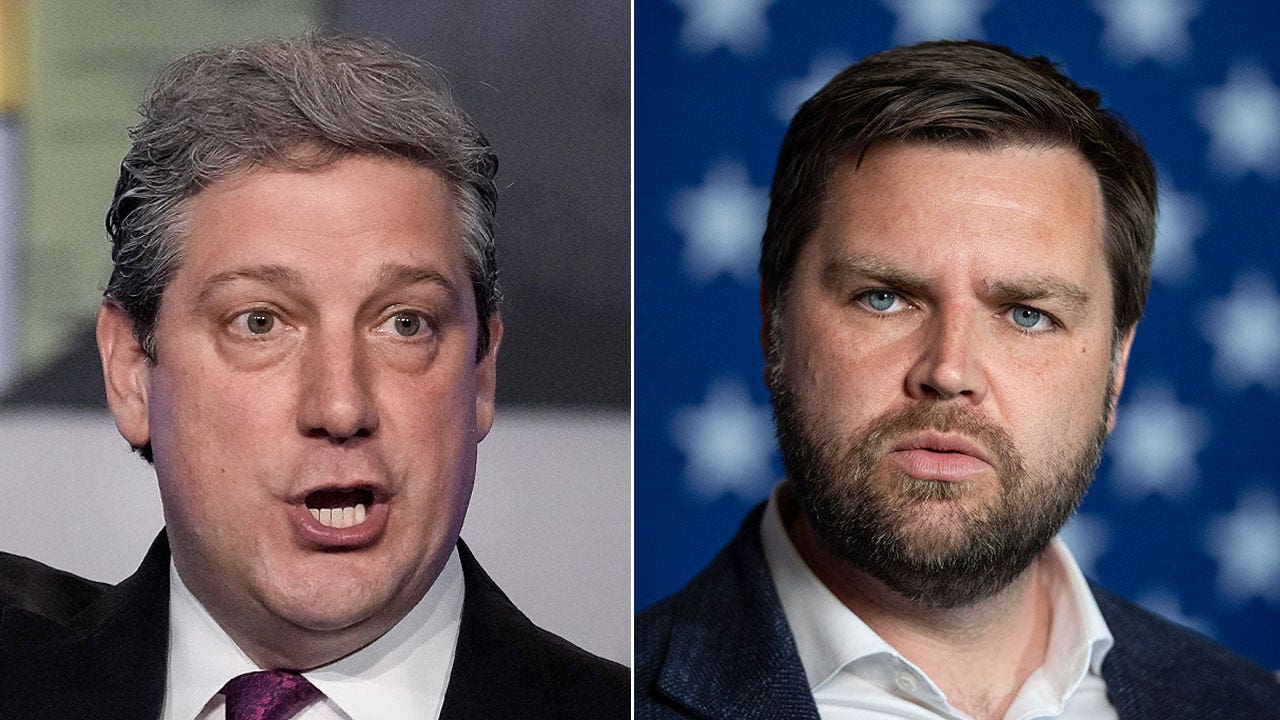 The poll, conducted by USA Today Network Ohio and Suffolk University between Sept. 5 and Sept. 7, shows Ryan slightly ahead with 46.6% of likely voters to Vance’s 45.6%, well within the poll’s plus or minus 4.4 percentage point margin of error.

Just 6% of likely voters remain undecided, while 1.4% say they will vote for someone else.

Fox News’ Power Rankings has rated the race as “likely Republican,” but with close attention expected to be paid to the state nationwide as Republicans hope to capture control of the Senate from Democrats, who currently hold a 50-50 majority with Vice President Kamala Harris’ tie-breaking vote.

According to the poll, 53% of likely voters disapprove of the job President Biden is doing while just 41.8% approve.

Biden’s poor approval rating complicates things for Ryan, who has largely avoided the president on the campaign trail despite voting for his administration’s agenda 100% of the time as a member of the House of Representatives according to FiveThirtyEight.

Ryan did appear with Biden at the groundbreaking of a new Intel manufacturing plant in Ohio last Friday.

President Biden speaks during the groundbreaking of the new Intel semiconductor plant on Sept. 9, 2022 in Johnstown, Ohio. With the help of the CHIPS Act, Intel is beginning to move its chip and semiconductor manufacturing to the United States, with this being Phase One of its project.
(Photo by Andrew Spear/Getty Images)

The general election will be held on Tuesday, Nov. 8.