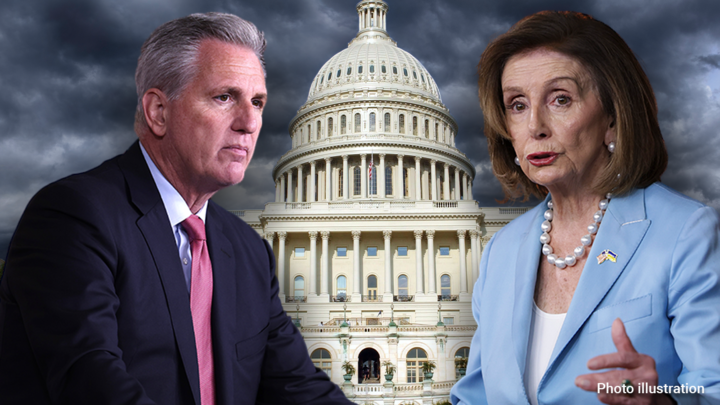 Republicans are already making their pushes to secure leadership positions in the House of Representatives, despite control over the chamber still being up in the air.

House Minority Leader Kevin McCarthy, R-Calif, announced his bid for House speaker on Wednesday, sending a letter to Republican members touting a flip of the chamber that had not yet occurred. Republican Whip Steve Scalise has also announced plans to run for majority leader in the House, while Tom Emmer, R-Minn., is throwing his hat in the ring to replace him.

“Over the past century, Republicans had flipped the House from Democrats just four times: 1946, 1952, 1994 and 2010. Only twice did that flip occur in four years or less,” McCarthy wrote. “This was the most expensive and arguably the most competitive House midterm in America’s history. Yet in a hard-fought contest, our message and our candidates prevailed, winning key seats across the country, some in districts that President Biden carried just two years ago by double digits… This is no small feat.”

McCarthy went on to acknowledge that Republicans had not yet secured a majority but said he was confident the remaining races would pan out for the party.

House Minority Leader Kevin McCarthy has laid out Republicans’ “commitment to America” as they try to regain control of the House of Representatives.

Then-President Trump listens during an event on Operation Warp Speed in the Rose Garden of the White House in Washington on Nov. 13, 2020.
(AP Photo/Evan Vucci, File)

“I trust you know that earning the majority is only the beginning. Now, we will be measured by what we do with our majority. Now, the real work begins,” he said. “That is why I am running to serve as Speaker of the People’s House and humbly ask for your support.”

Not all Republicans are behind McCarthy, however, as many have been stung by the party’s poor performance in the midterm elections. Many conservative commentators and party members have blamed former President Trump for the loss after his candidates widely failed to win on election night.

Rep. Andy Biggs, a major player in the House Freedom Caucus, also says “not so fast” about McCarthy’s speakership.

“I would say maybe not so fast. Maybe we should have a good discussion within the confines of our internal body,” Biggs said. “Look, we were told we were going to have an incredible, incredible wave. And if that would’ve been the case, any 20, 30, 40-seat margin, anywhere in there you would say, ‘okay, Kevin is the presumptive Republican nominee for speaker.’”

KEVIN MCCARTHY DECLARES GOP WILL TAKE MAJORITY IN THE HOUSE, PUSH OUT PELOSI AS SPEAKER

Meanwhile, Scalise has sworn off a bid to challenger McCarthy, saying he is running only for House majority leader. He launched his campaign for the role on Wednesday, saying he will “hold the Biden administration accountable.”

“With this bold, conservative agenda in mind, I am asking for your support to be the next House Majority Leader,” Scalise wrote in a letter to colleagues. “The American people deserve a House of Representatives that can move the agenda that was promised to them on the campaign trail. As your Majority Leader, I will work relentlessly to usher our vision through the House and show the country how conservative ideas can solve the problems that families are facing.”

Meanwhile, Emmer faces a tight race in his bid for majority whip, with Rep. Jim Banks, R-Ind., also announcing his run for whip on Wednesday. A third candidate, Drew Ferguson, R-GA, is also expected to announce a bid for the role, according to Politico.