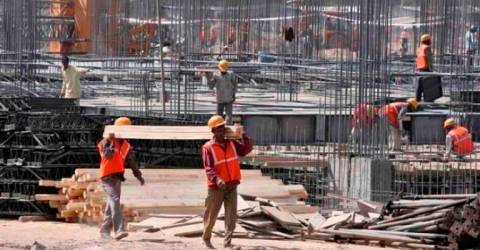 GEORGE TOWN: The ongoing construction of a high-rise condominium project known as Zen 9 is causing much concern over safety and liveability issues to the residents living nearby.

A resident of D’Residence at Bayan Mutiara and chairman of the D’Residence committee, R. Sureswaran said that over 30 houses have been affected by the Zen 9 housing project.

“There have been serious effects on the piling of some houses while the ground has sunk where a few houses are situated close to the development project.

“Cracks on the walls and parts of the roof falling are common, while pieces of the plaster ceiling of my house which is located quite far away, have fallen,“ he told reporters here today.

Sureswaran said the residents were also concerned about their safety as there were incidences of metal pieces from the construction falling onto the nearby residents’ houses, as well as poor flow of drain water at the Zen 9 project site, which has caused a rise in dengue cases among the nearby residents.

Also present was MCA spokesperson, Saw Yee Fung who said the state government must intervene to solve the matter in ensuring safety of the residents.-Bernama