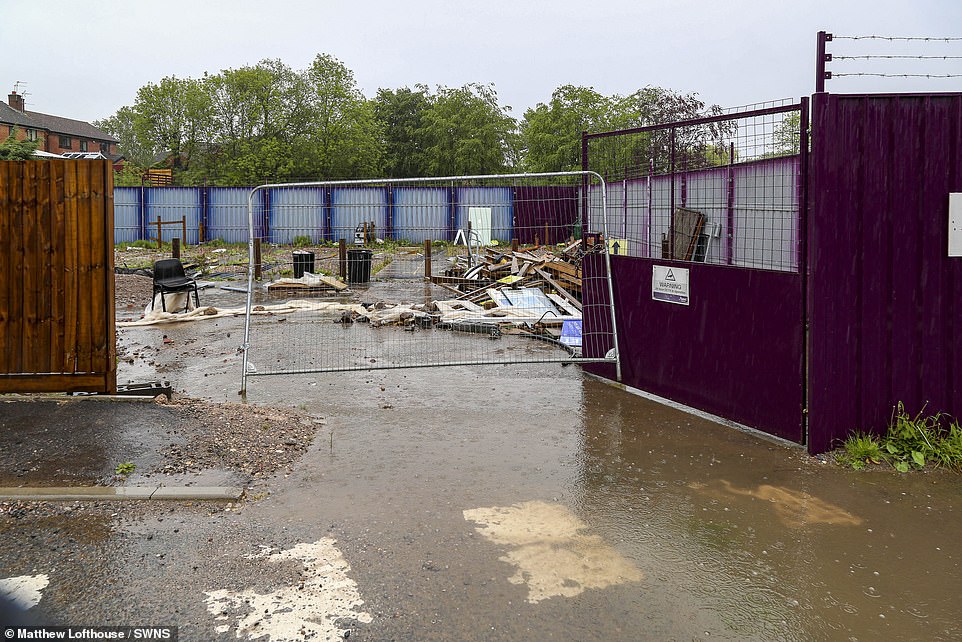 Homeowners who have spent years living on a unfinished estate where houses are being sold for up to £600,000 have criticised their housebuilder.

The Martin’s Reach estate in Wollaton, Nottinghamshire, was given planning permission in 2019 and all homes were completed two years later.

Pavements, footpaths, allotments and the children’s play area on the estate are allegedly in a ‘treacherous’ state. Houses on the the Martin’s Reach estate range can be priced anywhere from £240,000 to around £600,000.

Homeowners say they have been demanding communication from Avant for months.

Mother-of-two Rachel Hopkins, 36, who has lived on the estate for just over two years, said: ‘We were one of the first people to move into the street and expected a little bit of disruption while the estate was finished.

‘But three years on they still haven’t completed the job and it’s not safe to take my baby daughter out on the streets.

‘Lilly is just seven-months-old so I take her out in a pram, sometimes the wheels get stuck down cracks and dips or I have to walk her in the road.

A housing estate in Wollaton, Nottinghamshire, which includes homes worth up to £600,000, has been left in an unfinished state long after residents moved in 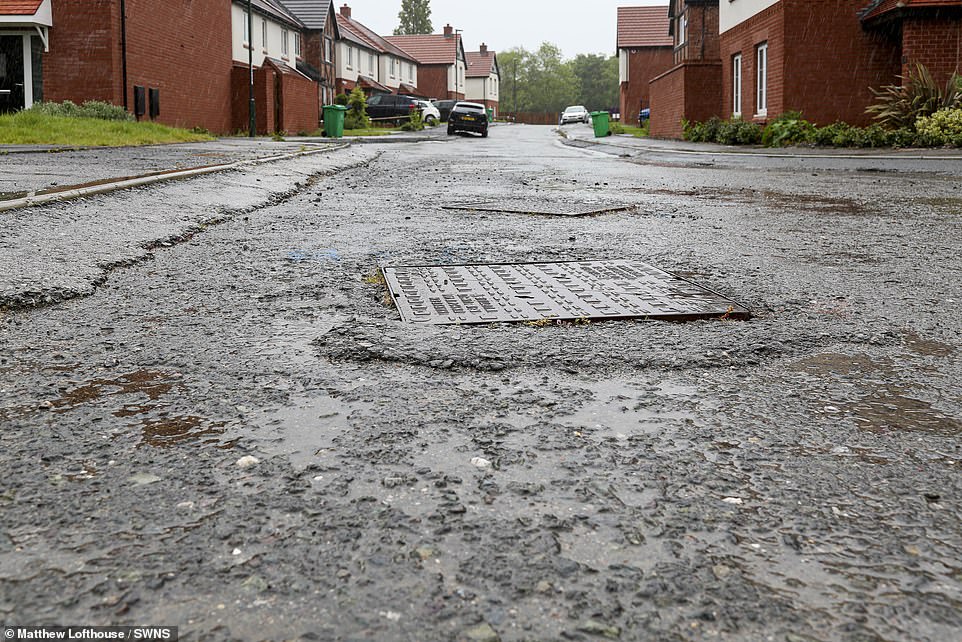 The pavements, footpaths, allotments and children’s play area on the estate however have allegedly been left in a ‘treacherous’ state 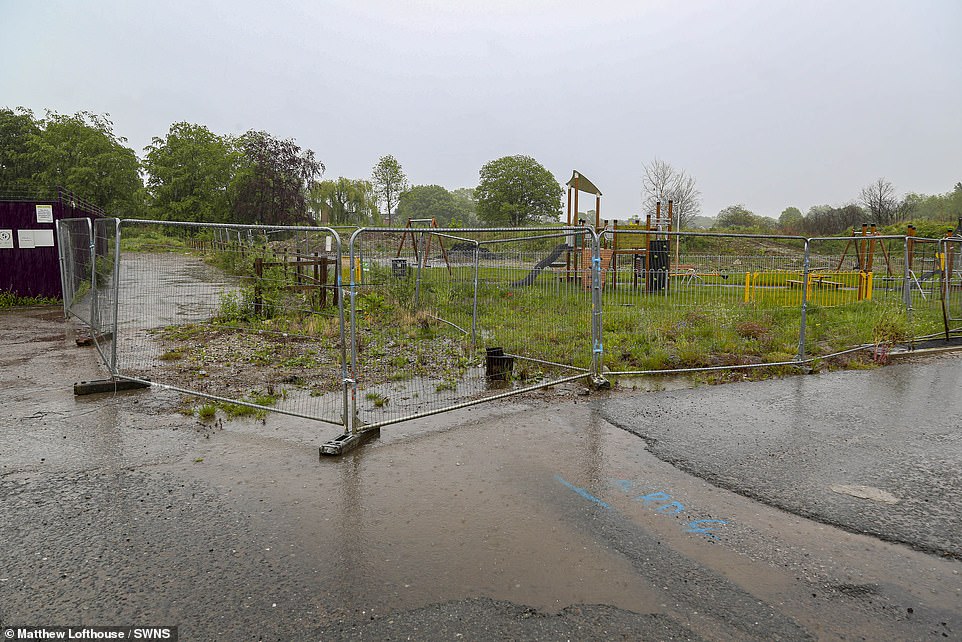 The Martin’s Reach estate, off Russell Drive in Wollaton, was given the go-ahead in 2019but despite all homes being completed, many communal areas are unfinished 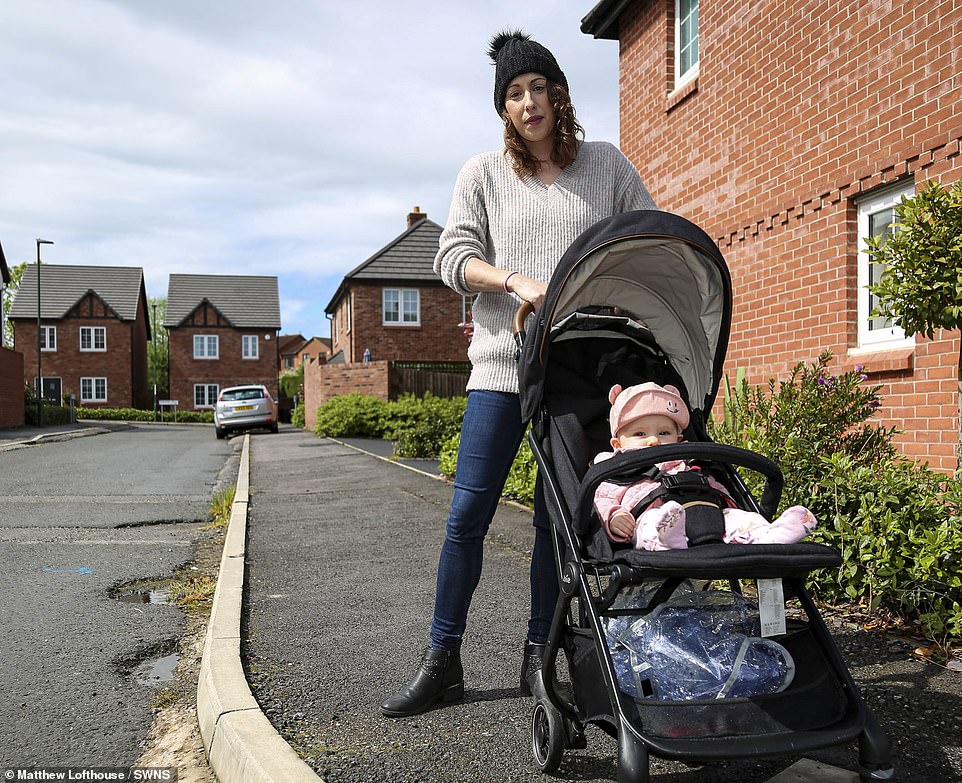 Rachel Hopkins, 36, with daughter Lilly at the spot on Wollaton housing estate where her pram gets stuck due to the unfinished pavement 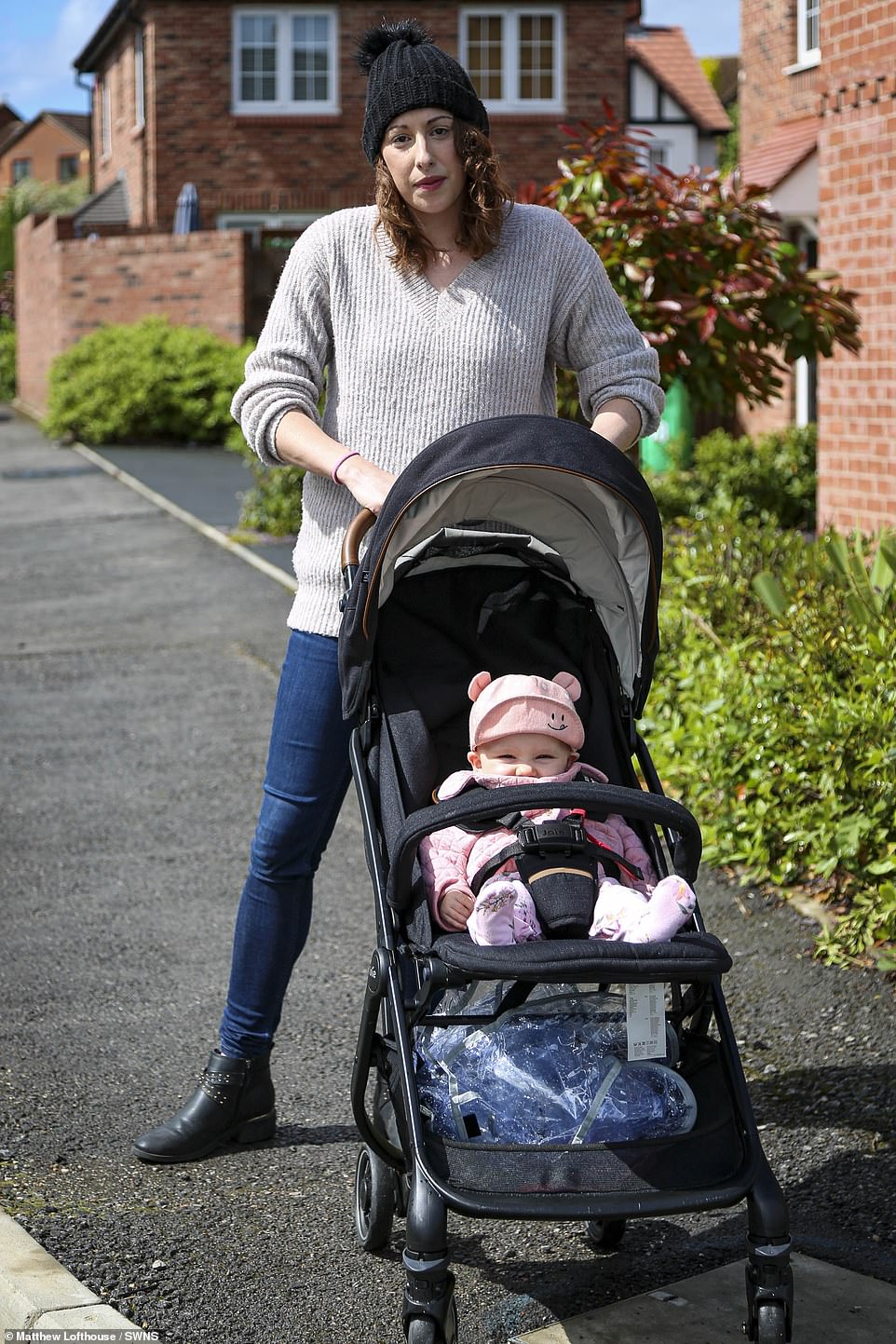 The mother-of-two says: ‘We were one of the first people to move into the street and expected a little bit of disruption while the estate was finished. But three years on they still haven’t completed the job and it’s not safe to take my baby daughter out on the streets.’

‘The other day the whole pram nearly toppled over and if she wasn’t strapped in she would have fallen out and smashed her face.

‘They surely have a responsibility to ensure the roads and kerbs are safe for residents. These are basics that should have been done.

‘It’s only a seven minute walk to nursery but I have to walk in the road and that’s surely not right. People’s cars are also being damaged by massive potholes, the roads are still a mess.

‘The playground would have been perfect for my ten-year-old son but that remains fenced off. Residents have fallen over and injured themselves, wheelchair and mobility scooter users really struggle too.

‘Throughout all this we’ve had little communication and seen absolutely no action whatsoever from Avant.

‘And three years later it feels like we’re still living on a building site. We’re fed up and just want it to be finished.’

Three months later, work on these areas is yet to commence. 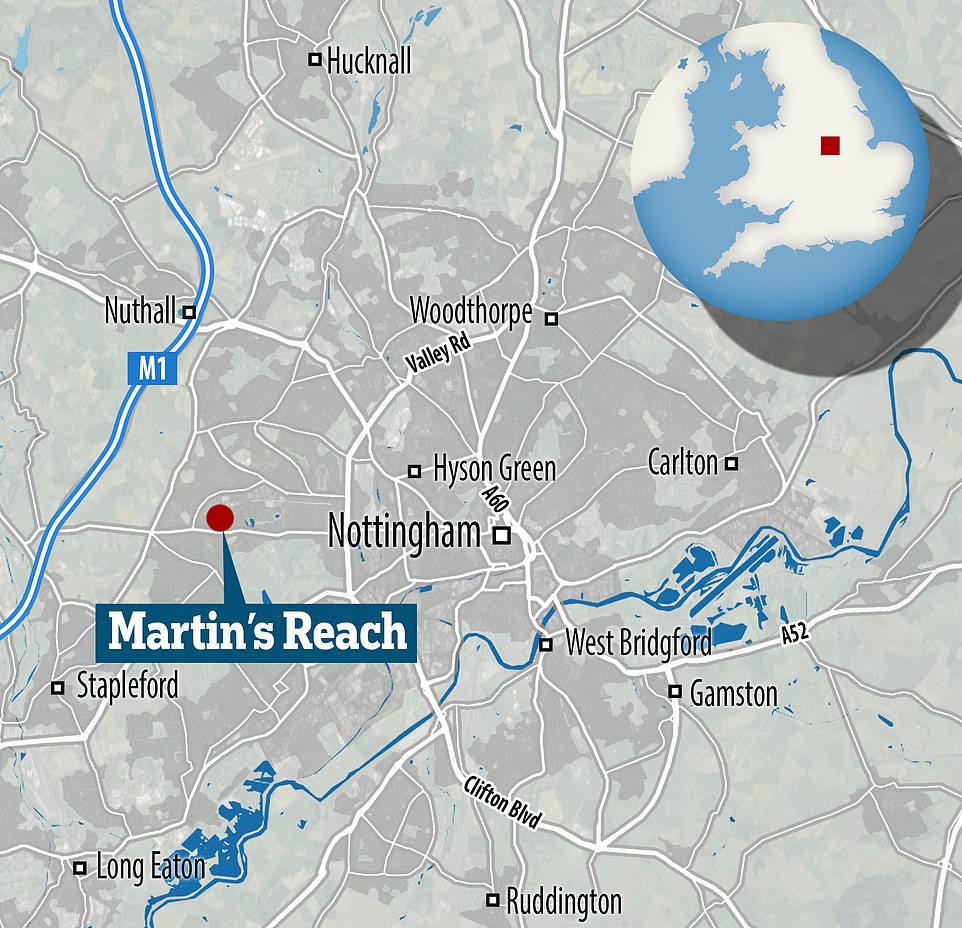 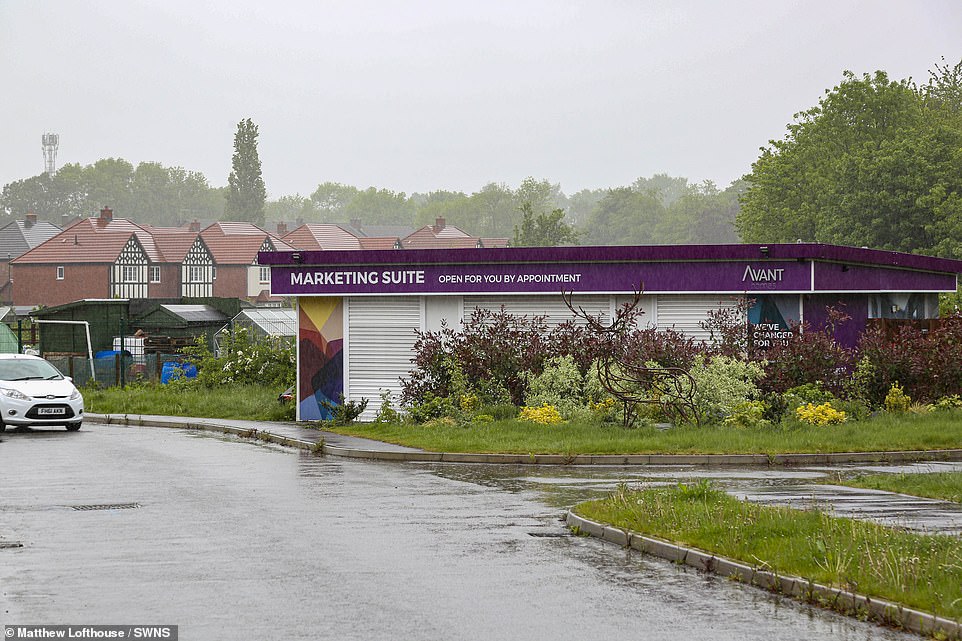 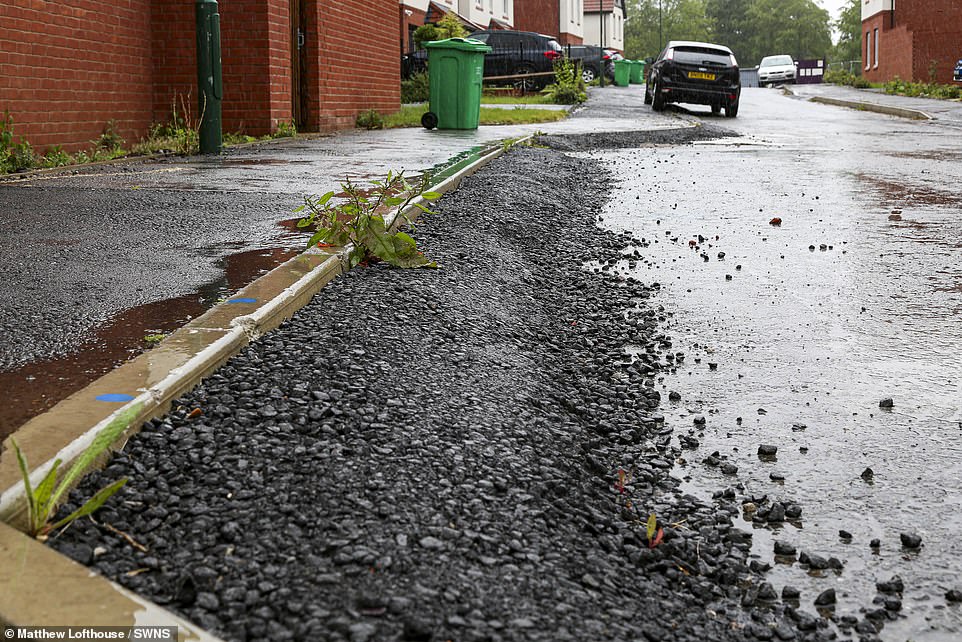 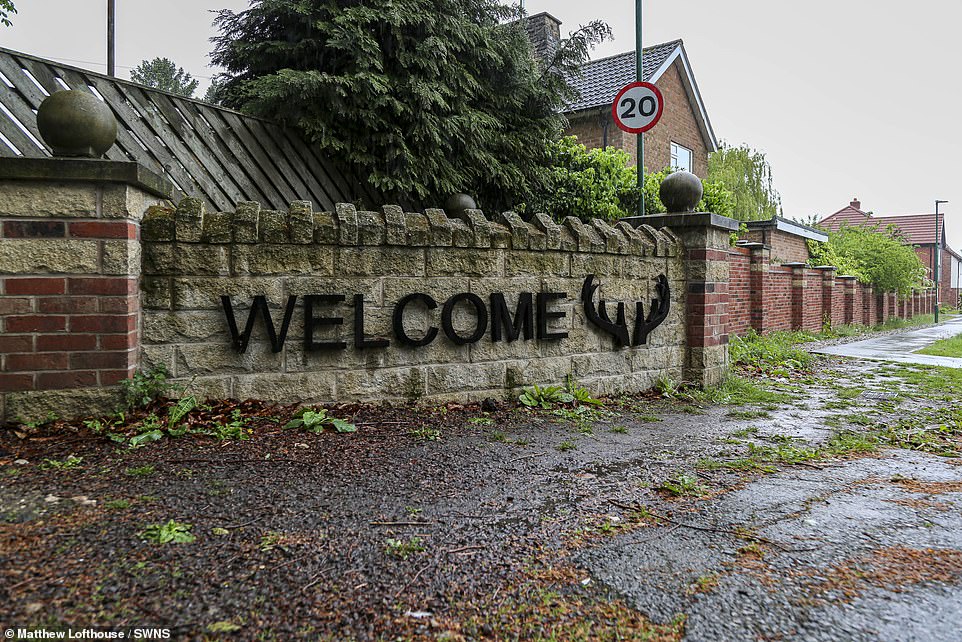 Avant Homes is currently building its second scheme in the area known as Woodyard Park, and was given permission for the Martin’s Reach estate in 2019 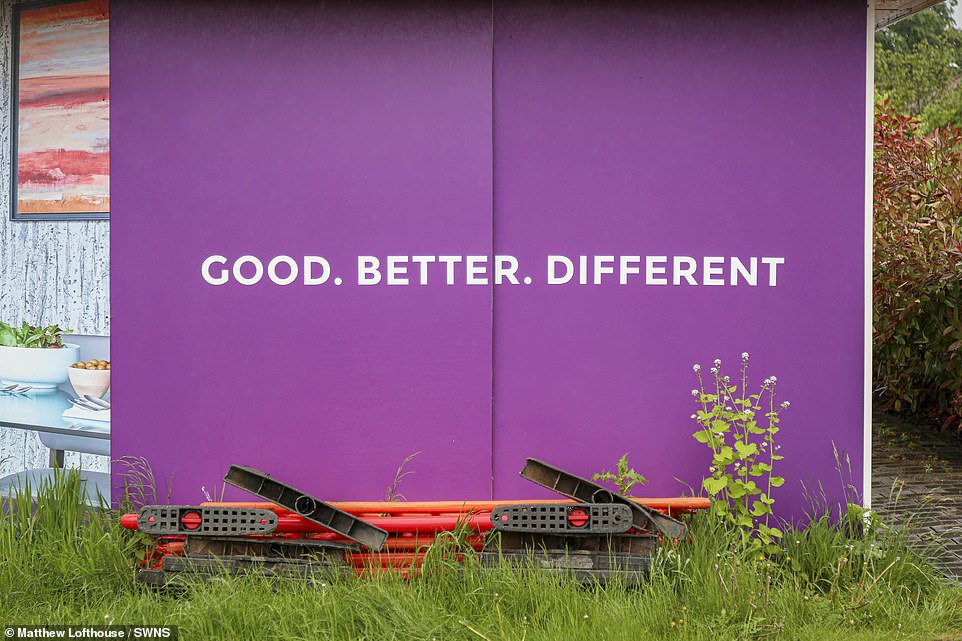 ‘Good. Better. Different’ is the sign on the unfinished Wollaton housing estate, which includes incomplete pavements, footpaths and a play area 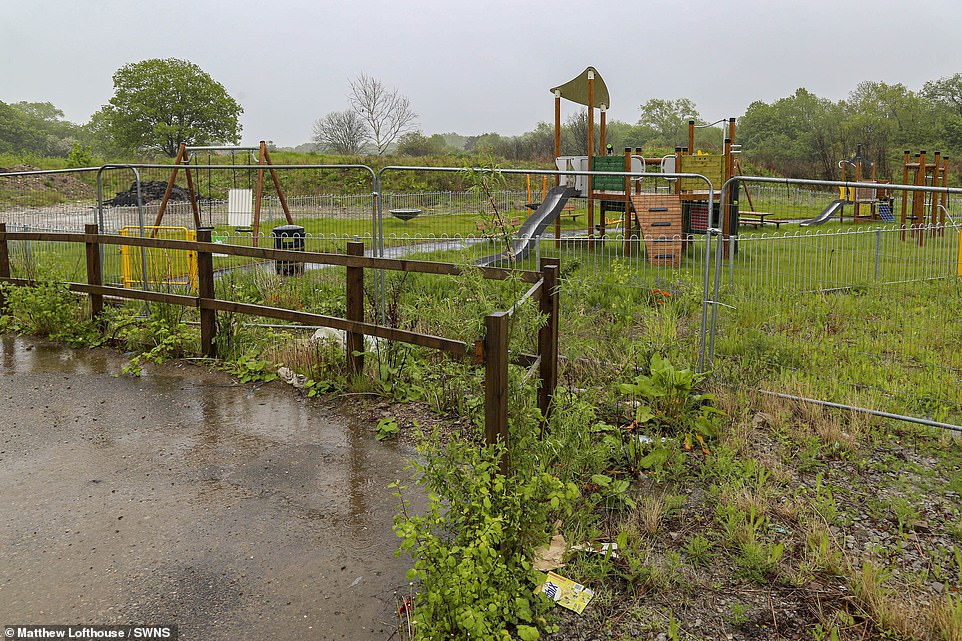 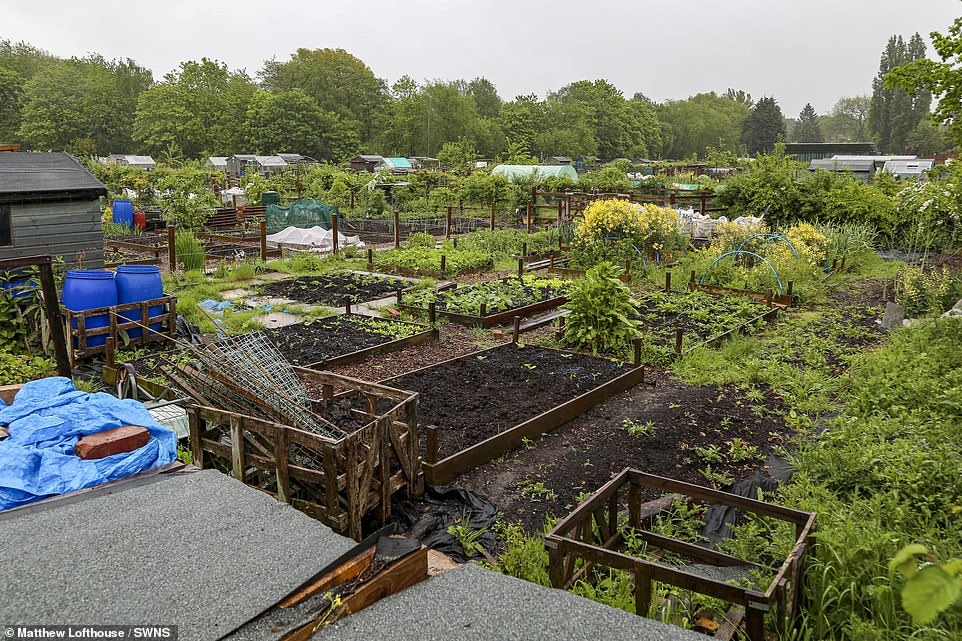 The allotments on the estate have also been left unfinished, despite houses selling for up to £600,000. One councillor questioned: ‘Why is it acceptable to you to take peoples’ money for house sales but leave the roads and pavements like this?’ 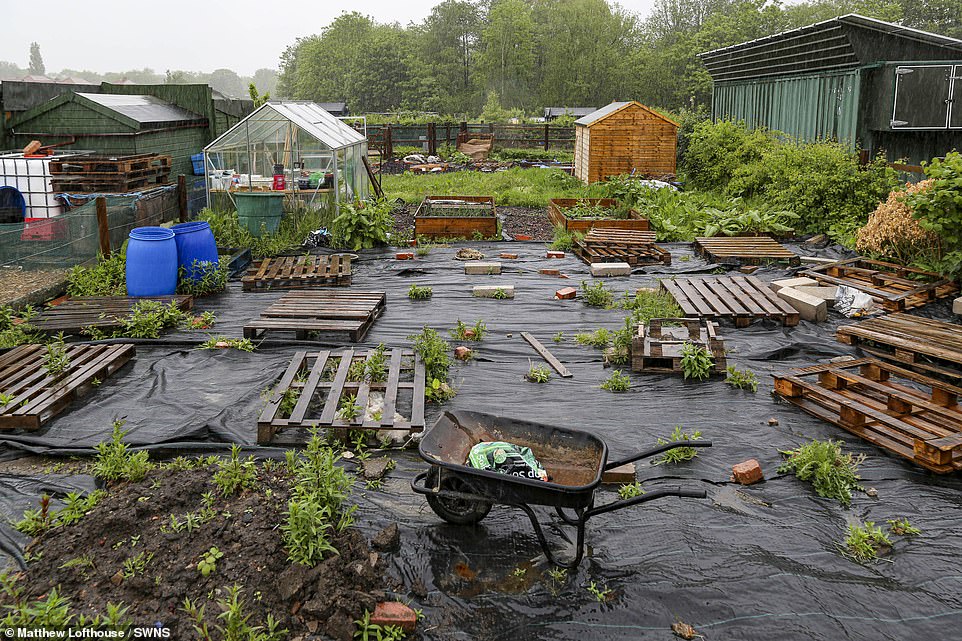 The allotments have the potential to benefit the wellbeing of residents on the St Martin’s Reach estate. A spokesperson for Avant Homes said it is discussing with its contractors how to progress of works on ‘allotments, resurfacing of roads and pavements, and footpath surfacing in the play park’

Councillor Battlemuch said: ‘We raised this many times last year and I posted this almost four months ago. Why is it acceptable to you to take peoples’ money for house sales but leave the roads and pavements like this?

‘[There is] still no progress. I was told that they were starting work today but nothing. I think Avant Homes want to win an award for the firm you least want to build houses?’

Another resident, Rebecca, moved into one of the last homes to be built on the site.

She said: ‘There has been no communication from Avant and about two weeks ago, a group of men were walking around the development, so I went over to say hello and asked if [anything] was going to happen?

‘They said they were looking at a price to do the roads and I thought, ‘Are they only at that point?’

‘If anything the road is deteriorating. It is getting worse and it feels quite treacherous. There is a real sense that they are doing things to defer it because it is going to be costly.

‘They are lovely houses, they are really beautiful, as well as the way they have done the gardens, but the communications are not good at all.’

Avant Homes is currently building its second scheme in the area known as Woodyard Park.

A spokesman said: ‘We are currently in discussions with our contractors to progress the remaining works at our Martin’s Reach development.

‘These include the allotments, resurfacing of roads and pavements, and footpath surfacing in the play park.

‘These final works are due to commence in the coming weeks and will be completed in accordance with the obligations outlined in the approved planning permission.’