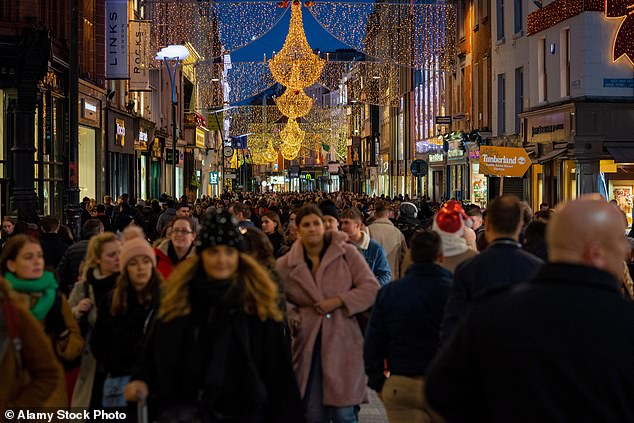 Slack Friday: Retailers offer great bargains and 60% off deals — but fear that shoppers may be tightening their belts this Christmas

By Daniel Jones For The Mail On Sunday

As the cost-of-living crisis bites and consumers brace for the Chancellor’s tax raids, Black Friday offers shoppers a welcome chance to save some hard-earned cash.

For those wanting bargains, 60 per cent off deals are already being offered by stores desperate not to hold on to stock after Christmas. Some sales began weeks ago.

Shoppers’ outlay for next weekend is projected to be up 0.8 per cent on last year’s, but 11 per cent inflation means the actual volume of purchases will plummet

But retailers fear the shopping weekend, beginning on Friday, may have to be renamed Slack Friday – as consumers tighten their belts.

Shoppers’ outlay for next weekend is projected to be up 0.8 per cent on last year’s, but 11 per cent inflation means the actual volume of purchases will plummet.

Stores will see only a near-average day, with online accounting for the majority of shoppers and almost £2 billion of the £3 billion predicted to be spent on Friday, according to a study by GlobalData Retail for VoucherCodes.co.uk.

But Friday evening trade will be dented by people watching England v USA in the football World Cup at 7pm, rather than heading to shops after work or spending online.

Grim Christmas figures show retail spending falling for the first time outside of the pandemic since the credit crunch 14 years ago, when a string of retailers including Woolworths went bust.

A £2.5 billion decline on last year will see the outlay in the six weeks up to New Year slip to £82.2 billion. 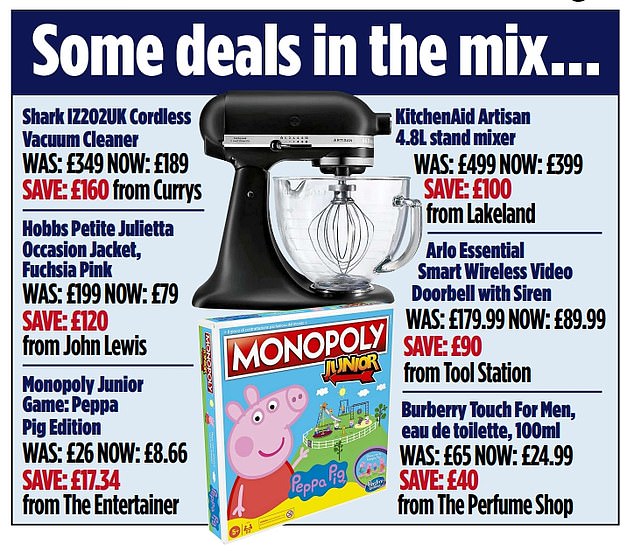 This is largely responsible for electronics sales tumbling 16 per cent, GlobalData Retail said. Professor Joshua Bamfield, director of the Centre for Retail Research, added: ‘Because it’s Christmas, people will still spend but they will be very careful with big-ticket items like electronics.

‘Black Friday will mainly be an online event. Retailers will be anxious to sell as much as possible, so there will be generous discounts.’

GlobalData Retail analyst Joseph Robinson said: ‘The Black Friday period will be a relative bright spot after the months retail has had and ahead of a very weak Christmas.

‘Although there is a 0.8 per cent increase in Black Friday spending, the actual volume of purchases will decline due to inflation.

‘Cost-of-living concerns mean promotional items are more attractive, so some people have delayed spending until Black Friday. But people will cut back on gift spending throughout Christmas as food and travel cost more now.’