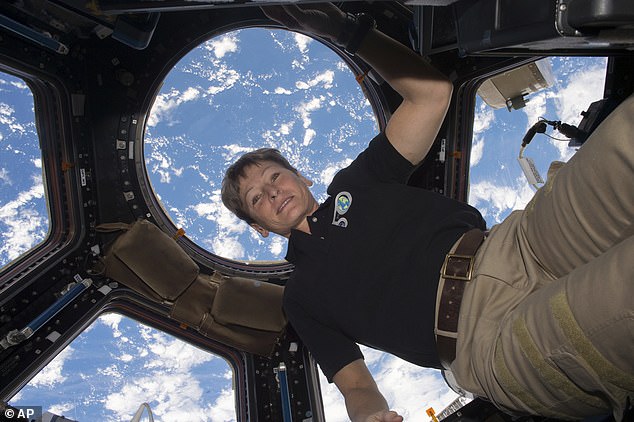 Retired NASA astronaut Peggy Whitson, 61, is dusting off her space suit for another trip to the final frontier, making her the oldest woman to make the trip.

Whitson, however, will be accompanied by another silver fox – racecar driver John Shoffer, 65.

The pair purchased seats aboard a SpaceX Crew Dragon Capsule that will soar to the International Space Station for an eight-day stay.

The private flight, dubbed AX-2, is coordinated by Axiom, a firm that is working with SpaceX to send tourists into space, is planned to takeoff in the second half of 2022.

Pricing for the trip has not been disclosed, but the US government has previously indicated that each seat on a Crew Dragon could cost as much as $55 million.

Retired NASA astronaut Peggy Whitson, 61, is dusting off her space suit for another trip to the final frontier. Whitson, who spent the most time in space than any other American astronaut, is set to serve as mission commander for a private flight to the ISS. Picture taken in 2016

Whitson said: ‘I’m thrilled to get to fly to space again and lead one of the first of these pioneering missions, marking a new era of human spaceflight.

‘But even more than that, I’m eager for the chance on Ax-2 to open space up to the first full generation of private astronauts and directly link John to the research opportunities on the ISS.

‘In the time we’ve already spent together as crewmates, it’s clear to me that John will be an excellent pilot and researcher. It’s a pleasure to take him under my wing.’

Whitson is a household name in the space industry, as she is known for the longest time spent in space by any American. 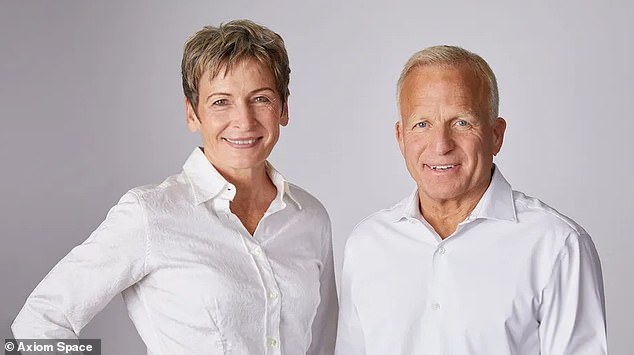 Along for the ride will be John Shoffer (right), 65, a racecar driver from Arkansas, who will pilot a SpaceX Crew Dragon capsule to the orbiting laboratory 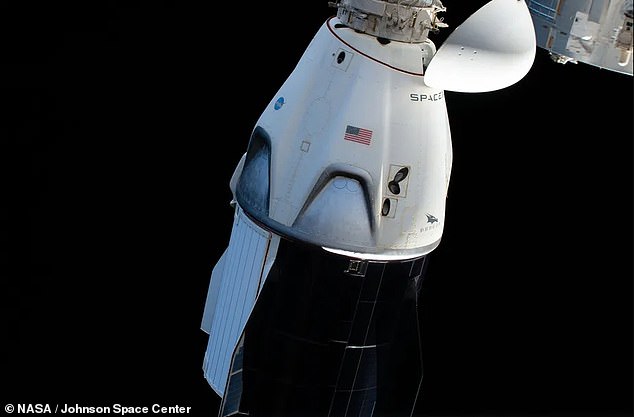 Pricing for the trip has not been disclosed, but the US government has previously indicated that each seat on a Crew Dragon (pictured) could cost as much as $55 million

Along with breaking records during her 22-year career with NASA, Whitson also became the ISS’s first female commander and the first ISS Science Officer.

And it seems the retired NASA astronaut is yearning to return to space and will do so on a private flight through Axiom and SpaceX.

Whitson and Shoffner will train together in Axiom’s standard astronaut program to prepare them to lead the flight.

Shoffner said: ‘Growing up, I closely followed every NASA flight of Gemini and Apollo. 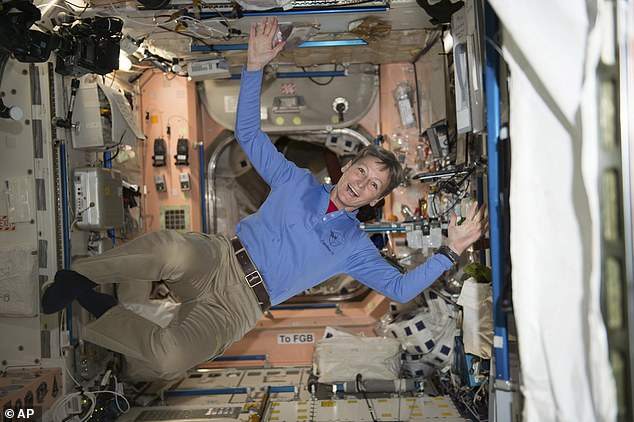 Whitson is a household name in the space industry, as she is known for the longest time spent in space by any American. Whitson clocked in 535 days in orbit at 1:27AM on April 24, 2017, but has spent a total of 665 days over the course of two separate missions. Picture from 2016 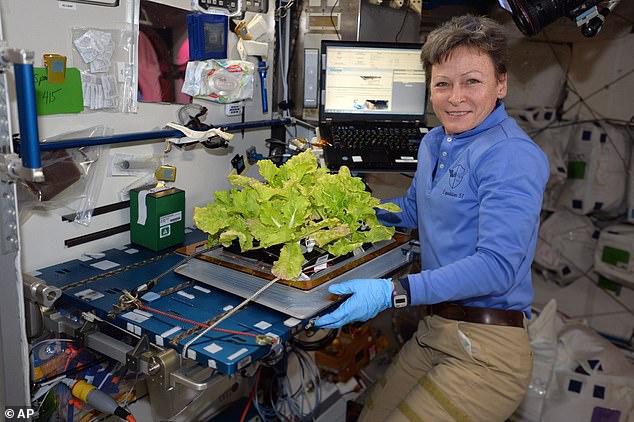 Along with breaking records during her 22-year careers with NASA, Whitson also became the ISS’s first female commander and the first ISS Science Officer. Picture is Whitson in 2017

‘Now to experience astronaut training teamed with Peggy is an honor. I am also excited about our upcoming work with 10x Genomics in this first step towards making their single-cell technologies available to researchers in a microgravity environment.

‘I look forward to the process of testing and validating this technology for future groundbreaking work in low-Earth orbit.’

In addition to their flight training, the duo will learn how to translate terrestrial single-cell genomic methods to an orbital science process in collaboration with Pleasanton, California-based 10x Genomics, a firm that develops products to master biology for advancing human health.

Shoffner will receive specialized spacecraft operations training to assist the commander during flight as pilot of the crew capsule and develop with Whitson the protocols necessary to conduct single-cell sequencing experiments in microgravity.

Axiom CEO Michael Suffredini said: ‘Humankind’s expansion off the planet, and the benefits it can bring back, will only be sustained by building and serving demand for expanded life and work in Low Earth Orbit.

‘There is no one better than Peggy – who would be history’s second private mission commander to the ISS – to lead the way on a mission so central to that plan, and we are thrilled to have beside her a pilot as driven and committed to this vision as John to cement this new era.’

WHO IS PEGGY WHITSON? THE RECORD-BREAKING CAREER OF A NASA ASTRONAUT

Peggy Whitson announced her retirement as a NASA astronaut on June 15, 2018.

But, not before shattering several records during her 22-year career.

The 65-year-old biochemist made three trips to the International Space Station after becoming an astronaut in 1996 – and, she held the position of Commander twice.

Whitson was the first woman to command the space station.

She later became the oldest woman to ever fly in space. And, as of June 2018, she spent more time off the planet than any other American, with a total of 665 days over three missions.

At the time, Whitson was also the world’s most experienced female spacewalker, with 10 under her spacesuit belt.