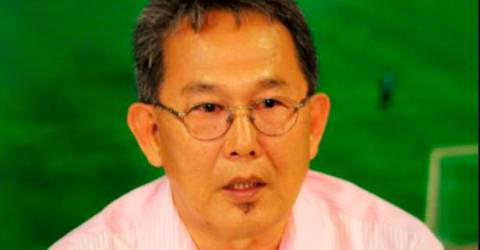 KUALA LUMPUR: Mohd Azraai Khor Abdullah still dabbles in football but has decided against returning to full-time coaching because of his disappointment with the standard of team management in local competitions.

The experienced Mohd Azraai said the termination of his contract just after three months of coaching Negeri Sembilan in 2018 was the straw that broke the camel’s back.

The 70-year-old said even in his retirement now he still received offers of coaching but decided that enough is enough.

“I’m tired of Malaysian football. After the Negeri Sembilan incident, I decided that it was time to retire from the game, especially the Malaysia League (Liga-M).

“What upset me was inept team management. To me, most teams are the same. Just look at the various incidents, especially at the end of this season – last-minute contract, half-way contract and many more,” he told Bernama when contacted here.

His contract was terminated by the Negeri Sembilan Football Association (NSFA) after the team only managed two draws out of their five Super League matches under his charge.

Mohd Azraai, who created history with Kedah by leading them to a ‘double treble’ in winning the Super League, FA Cup and Malaysia Cup in 2007 and 2008, admitted that he was offended for being summarily dismissed and not given a chance to revamp the squad.

It was reported that Mohd Azraai was among local coaches who had applied to be an assistant to national head coach Kim Pan Gon. The job has since gone to former Sarawak United coach E. Elavarasan.

He hoped that the privatisation of clubs could help to resolve problems afflicting inefficient team managements.

“If not, our football won’t go far. Saudi Arabia and Japan have proven that you must go fully professional, with all professional people managing the team,” said Mohd Azraai, who is now serving as a football pundit and frequently conducting football clinics.

He had also served as chief coach of the Harimau Muda A squad, Perak, T-Team, Kelantan and Sabah.-Bernama