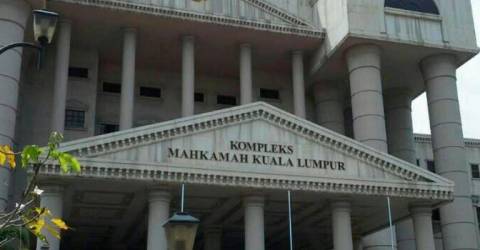 KUALA LUMPUR: A group of 35 individuals, comprising former members of the judiciary and seven widows of former judges have submitted a proposal to the government to settle the lawsuit over alleged failure by the government to fix an appropriate increase in the pension and benefits they received since 2015.

They named the Government, the Prime Minister, the Cabinet and the Director-General of Public Service as the first to fourth defendants.

“My learned friend from the AGC had replied on July 4 and requested time to obtain instructions from the defendants until July 29. The plaintiffs have no objections to the said request,“ he said when the matter came up for case management today which was conducted via Zoom.

Leong said on May 26, the Senior Federal Counsel (SFC) had informed the court that the defendants were amenable to enter into without prejudice discussions to see if the parties could walk towards a possible resolution of the matter.

Meanwhile, SFC Shamsul Bolhassan, who acted for the AGC, confirmed that the proposal had been received.

Judge Wan Ahmad Farid then fixed Aug 16 for further case management to update the court on the final status relating to the discussions.

In the suit, filed last Jan 24, the plaintiffs are seeking a declaration that failure to fix through a Government Gazette an appropriate increment of more than two per cent in their pension and other benefits pursuant to Section 15B (2) of the Judges’ Remuneration Act 1971 (Act 45 ) had violated Articles 125 (7) and 125 (9) of the Federal Constitution.

The plaintiffs are also seeking an order that the second or third defendant (Prime Minister and the Cabinet, respectively) shall advise the Yang di-Pertuan Agong to fix a higher increment of more than two per cent annually on the pension and other benefits given to them, effective July 1, 2015 pursuant to Section 15B (2) of Act 45.

The plaintiffs also said that in pursuant to Section 15B of the Judges’ Remuneration Act 1971, the pensions of retired judges and dependents of deceased judges were adjusted automatically based on the current salaries of the serving judges which were reviewed in stages from time to time, as required under Articles 125 (7) and 125 (9) of the Federal Constitution.-Bernama