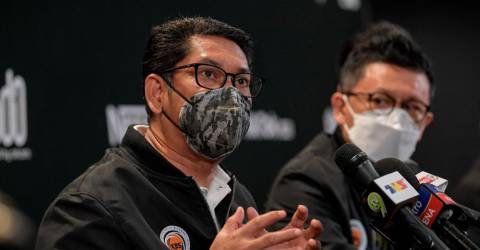 He said despite being eliminated in the quarter-finals, the national team, which has an average age of 23, put up a great fight against the top in the world, who were also more experienced.

He said the campaign also provided good exposure to young players in the effort to make Malaysia a badminton powerhouse.

“They did not lose easily, they put up a great fight. This means the decision was right and we also want to see greater success after this.

“Nobody in Malaysia expected the team to bring back the trophy, we did not set that target,“ he said during a press conference after attending the closing ceremony of Mobile Legends Pro League (MPL) Malaysia Season 8 here today.

In the quarter-final action that took place on Friday, Malaysia lost 0-3 to archrivals Indonesia, thus failing to avenge the defeat in the same stage against the latter in the 2018 edition of the competition.

Malaysia last won the Thomas Cup in 1992 in Kuala Lumpur, and the 2014 edition in India was the last time the squad made it to the finals.

Meanwhile, commenting on Malaysia’s performance in the Uber Cup, Ahmad Faizal said the national women’s squad with an average age of 21, performed well despite great challenges from superpowers.

He hoped that all parties would continue to support the country’s men’s and women’s teams which are gunning for success by 2024.

“I believe with what we have experienced this time around, our players will show better performance in future tournaments. As supporters, I hope we can continue to support them so that they can bounce back from this defeat,” he said.

The national Uber Cup squad had set a quarter-final target but failed to get past the group stage competition when they finished bottom of Group D after losing 1-4 to hosts Denmark, 0-5 to China and 1-4 to Canada.-Bernama