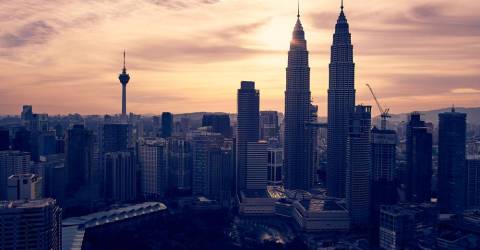 KUALA LUMPUR: The ringgit had eased against the US dollar in the early morning trade today as sentiments continued to favour the greenback.

The dollar/ringgit pair breached the psychological level of 4.50 for the first time in more than 24 years on Sept 7 as the greenback index soared to above the 110.0 level due to United States (US) Federal Reserve chair Jerome Powell’s hawkish comments.

The local note was also pressured by China’s weak trade figures, it said.

However, the research house said the ringgit might reverse some of its losses against the US dollar this week due to the expectation of a weaker US inflation reading in August — widely estimated to be at 8.0 per cent year-on-year — coupled with the ECB’s ongoing hawkish tone.

It added that investors’ sentiments are also improving as evidenced by a decline in the Chicago Board Options Exchange volatility index.

Additionally, the local note might also benefit from a potential improvement in domestic retail sales and China’s macroeconomic readings.

“The ringgit may appreciate marginally by 0.01 per cent to 4.497 against the US dollar,” Kenanga said, adding the ringgit might recoup some of its losses amid a potential recovery in the global risk appetite.

The local unit appreciated against the Singapore dollar to 3.2140/2173 from 3.2189/2209 last Friday and strengthened versus the Japanese yen to 3.1509/1539 from 3.1670/1690 as the safe-haven currency lost its attractiveness amidst expectations that the Bank of Japan’s ultra-loose monetary policy would continue.