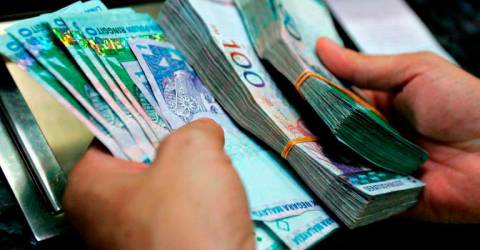 KUALA LUMPUR: The Malaysian ringgit ended today at a new 24-year low against the US dollar as the local note continued to be under pressure due to the expectation of a substantial interest rate hike by the US Federal Reserve due to persistently high inflation in the United States.

ActivTrades’s market analyst Alexander Londono said high inflation expectations, even in Asia, have kept investors away from riskier assets and they have continued to favour safe-haven assets such as the US dollar.

“But we must keep in mind that the currency is over-extended to the downside and prone to a bullish correction,” he told Bernama.

Londono said that if the reading on the Producer Price Index from the United States (US) came out higher than expected, then the US dollar might increase further and the ringgit could keep dropping.

Bank Islam Malaysia Bhd chief economist Firdaos Rosli noted that the ringgit would remain under pressure against the US dollar as the interest rate gap widens, while the US federal funds rate would be higher than the overnight policy rate (OPR) by next week.

He said the market was also reacting to the latest US Consumer Price Index (CPI) data which showed that the country’s inflation has remained high, despite the lower oil prices in August and the aggressive rate hikes by the US Federal Reserve (Fed) over the past few months.

The ringgit was also traded lower against a basket of major currencies.