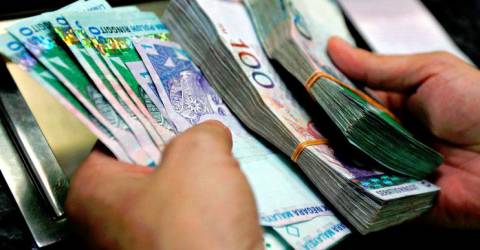 KUALA LUMPUR: The ringgit ended marginally lower against the US dollar today as the greenback strengthened against major currencies on the expectation that the US Federal Reserve (Fed) will raise interest rates by 75 basis points (bps) later in the day in the United States, dealers said.

SPI Asset Management managing director Stephen Innes said although a 75 bps hike from the Fed has been priced in, investors are reluctant to buy the ringgit until they are sure another 75 bps increase would be ruled out for December.

“For the ringgit to strengthen, however, it requires the pricing out of a 75 bps hike in December, leaving the Nov 10 US consumer price index (CPI) data as a potential trigger (for that to happen).

“In addition, traders are starting to worry about regional credit markets, which could add another layer of negativity to the beleaguered ringgit,“ he told Bernama.

He said traders are also waiting for Bank Negara Malaysia’s decision on the overnight policy rate (OPR) tomorrow, which is projected to increase to 2.75 per cent from 2.50 per cent.

Meanwhile, the ringgit was traded mostly higher against a basket of major currencies, except the Japanese yen.