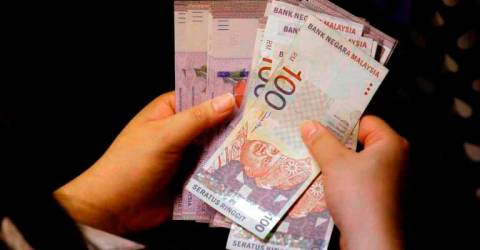 KUALA LUMPUR: The ringgit opened higher against the US dollar today after the greenback retreated following the United States (US) central bank’s less hawkish tone on interest rate hikes, an analyst said.

Innes said the anticipation of China’s reopening plans would also provide a boost to Malaysia’s trade balance, which was likely to support the local note in the near term.

“Hence much more follow-through is likely as exporters continue to shed current US holdings and start to exchange on the spot incoming dollars,“ he told Bernama.

Meanwhile, ActivTrades trader Dyogenes Rodrigues Diniz said the below-than-expected November jobs data from the ADP Research Institute further weighed on the US dollar ahead of the US non-farm payrolls (NFP) report’s release.

“From the ADP number (127,000 positions added against 200,000 forecast), the market implied that the NFP data to be released on Friday will likely come below estimates too, which tends to be negative for the US dollar,“ he said.

At the opening, the ringgit was traded mostly higher against a basket of major currencies.