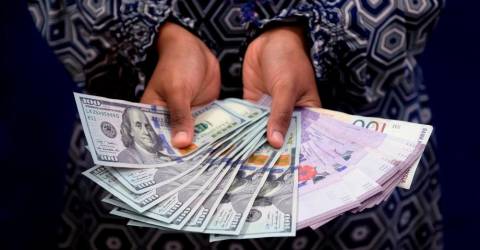 KUALA LUMPUR: The ringgit opened marginally higher against the US dollar today, ahead of the United States Federal Open Market Committee (FOMC) minutes to be released later in the day, said an analyst.

SPI Asset Management managing director Stephen Innes said the US dollar has not shown any major direction, adding that the local currency is likely to trade rangebound today, reaping the rewards from the expectation of softer United States (US) Federal Reserve’s interest rate hikes.

The US interest rate has increased by 375 basis points, or 3.75 per cent, since March this year.

“I expect local exports to continue selling their greenback holding from now until year-end, hedging the expected 2023 downturn in the US dollar as recessionary storm clouds start forming over the US economy,” he told Bernama.

Meanwhile, Ambank Research said investors would also focus on the US Durable Goods Orders report later today, where the consensus expects growth to be at 0.4 per cent month-on-month for October 2022.

Meanwhile, the ringgit was traded lower against a basket of major currencies.