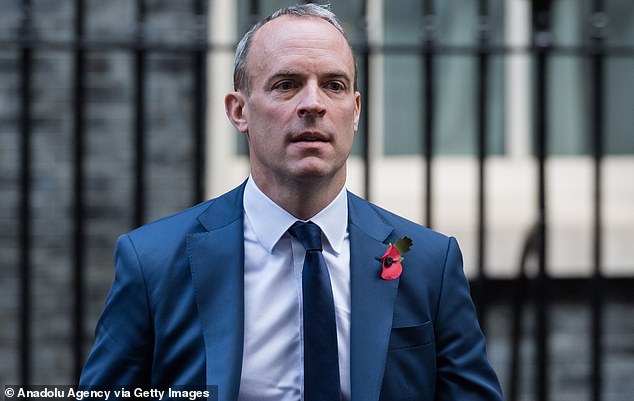 Rishi Sunak stood by Dominic Raab today as the Prime Minister rejected the characterisation of his deputy as a ‘bully’.

The PM insisted he was not aware of any ‘formal complaint’ about Mr Raab’s behaviour following a string of allegations against the top Cabinet minister.

Mr Sunak, speaking at the G20 summit in Bali, Indonesia, also urged anyone with concerns to raise them through ‘established processes’.

Mr Raab, who is both deputy PM and Justice Secretary, is facing a series of claims about his treatment of civil servants.

This includes a report that staff were offered a ‘route out’ of the Ministry of Justice when Mr Raab was reinstated as Justice Secretary by Mr Sunak last month.

The row deepened this morning when Lord McDonald – who was the top civil servant at the Foreign Office when Mr Raab led the department – claimed staff were ‘scared’ to enter the minister’s office.

‘Colleagues did not complain to me formally, it was kind of their professional pride to cope, but many were scared to go into his office,’ the peer told Times Radio.

‘His sort of defence was that he treated everybody in the building in the same way.

‘He was as abrasive and controlling with junior ministers and senior officials as he was with his private secretaries.’

Dominic Raab, who is both deputy PM and Justice Secretary, is facing a series of claims about his treatment of civil servants 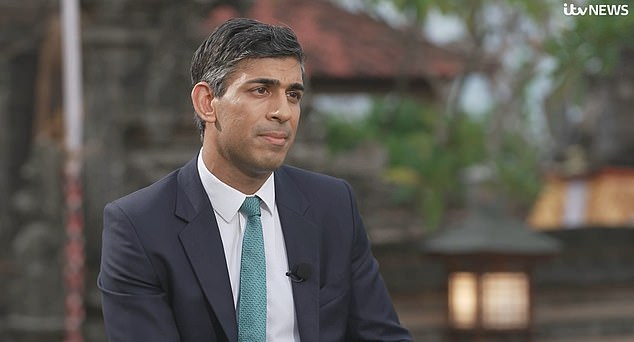 Rishi Sunak, in a series of TV interviews at the G20 summit in Bali, Indonesia, insisted he was not aware of any ‘formal complaint’ about Mr Raab’s behaviour 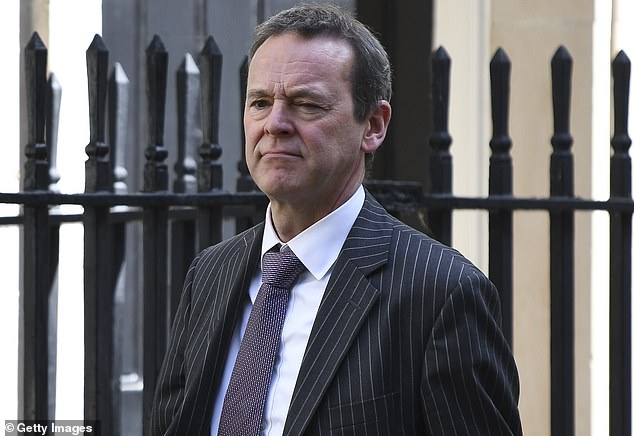 ‘But it wouldn’t surprise me today if he said, “I don’t recognise that” because I felt at the time that my message wasn’t landing.’

‘I’m not and have not been aware of any formal complaint about Dominic’s behaviour,’ he told ITV News.

‘Of course there are established processes in place for people to raise concerns in all workplaces – private, public.

‘If people have concerns they should raise them because unless people raise them, it’s hard for people to actually then look into them and make any changes that are necessary.

‘So I would urge people to do that. Those processes are confidential and it’s right that they are used.’

Although Mr Sunak has denied knowledge of any formal complaints about Mr Raab,  in another TV interview at the G20 summit the PM refused five times to say whether or not informal complaints had been raised with him.

‘I was not aware and am not aware of formal complaints about that.’

The allegations against Mr Raab come a week after Mr Sunak was stung by Gavin Williamson’s resignation as a Cabinet Office minister amid separate bullying claims.

The PM is also continuing to face scrutiny over his decision to reappoint Suella Braverman as Home Secretary, just six days after she was forced to quit the role over security breaches.

Dave Penman, head of the FDA union representing senior civil servants, has called on Mr Sunak to overhaul the complaints system to address a ‘toxic work culture’ in Whitehall.

Mr Raab’s spokesman said: ‘Dominic has acted with professionalism and integrity in all of his Government roles.

‘He has an excellent record of driving positive change in multiple Government departments by working well with officials.

‘He holds everyone, and most of all himself, to the high standards that the British people would expect of their Government.’