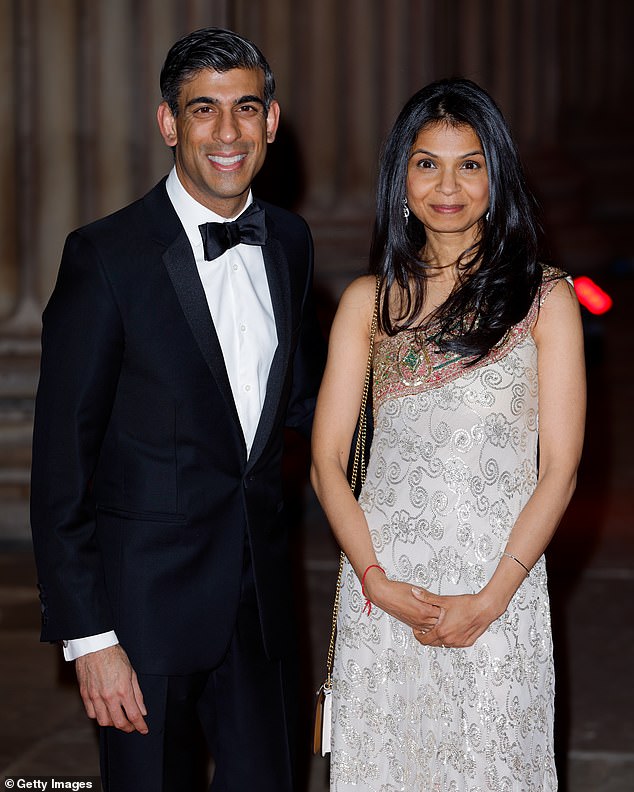 Rishi Sunak has promised to publish his tax return – but won’t publish his wife’s despite her being far wealthier than him.

The pledge comes seven months after he was pressured to release the document amid a row over his wife’s non-dom status.

His return is expected to reveal he handed over a sizeable chunk to the taxman. Estimates suggest that he and his wife Akshata Murthy, the daughter of an Indian tech billionaire, are worth around £730million – double the estimated £300-£350million wealth of King Charles III and Camilla. The majority of this is thought to be due to Miss Murthy’s 0.91 per cent stake in her father’s software company, Infosys.

Mr Sunak would be the first PM to reveal how much tax he pays since David Cameron. 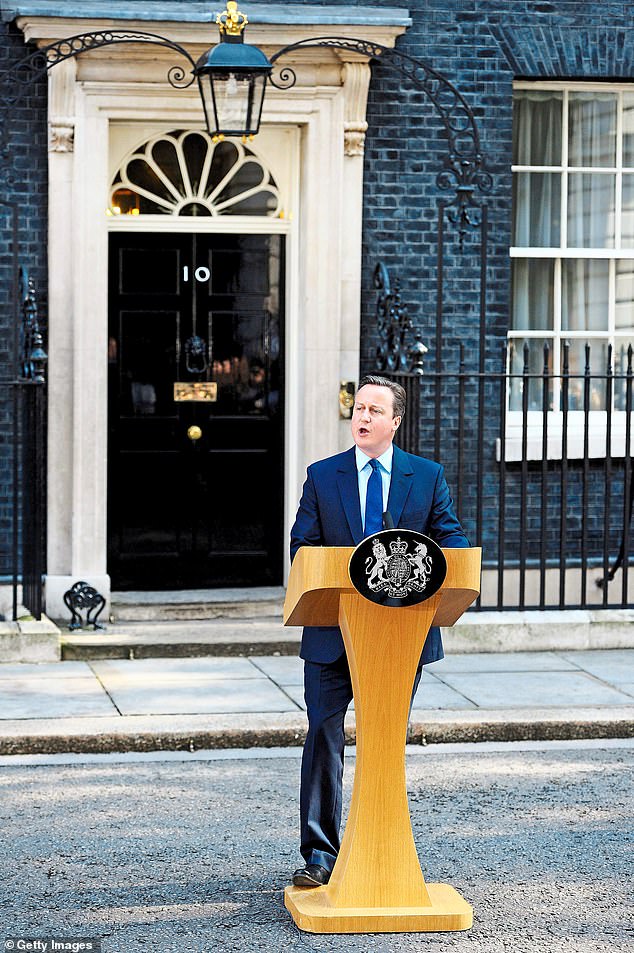 Mr Sunak will be the first PM to publish his tax returns since David Cameron, pictured

In 2016, Mr Cameron released a summary of his tax returns from 2009 to 2015 in an attempt to defuse a row over his personal finances. When she was home secretary, Theresa May also published a tax summary a few months later but refused to during her tenure in No 10.

Boris Johnson never released his tax details while PM, but did so when he was Mayor of London.

When asked if he would publish his tax return, Mr Sunak told reporters at the G20 summit in Bali: ‘Yes, of course.’

He added: ‘That is the established precedent and I’d be very happy to follow the precedent.

‘In terms of timing, I will have to speak to the Cabinet Office and figure out the right way that happens.

‘But yeah, I have no problem doing that.’

Pressed on whether it would happen in the first year of his time at No 10, the PM said: ‘Yes, of course.’

However, his wife’s tax return will remain private.