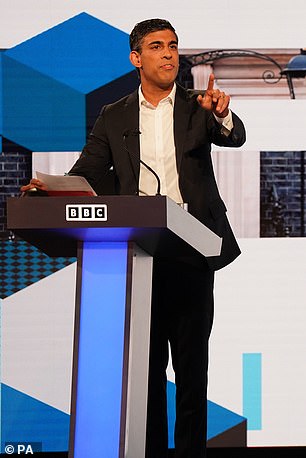 By Adam Solomons For Mailonline

Rishi Sunak‘s plan to detain Channel migrants on cruise ships was branded ‘hare-brained’ as Whitehall officials, including at the Treasury, roundly mocked the idea, reports say.

The ex-Chancellor and candidate for No 10 announced the hardline proposal in the Sunday Telegraph as a possible alternative to the £5million spent on hotels daily.

Mr Sunak said the Government could solve the ‘hotel farce’ with ‘existing and novel solutions, including the use of cruise ships’.

The Truss campaign claimed the proposal would breach international law and human rights legislation, which has also put a stop to the Government’s Rwanda plan.

‘The security would be a nightmare and hugely expensive’, a senior Whitehall source told The Times.

Mr Sunak first suggested the idea in 2020, but it was soon slapped down by colleagues.

Another official added: ‘It was ruled out by the Treasury on cost grounds.’ 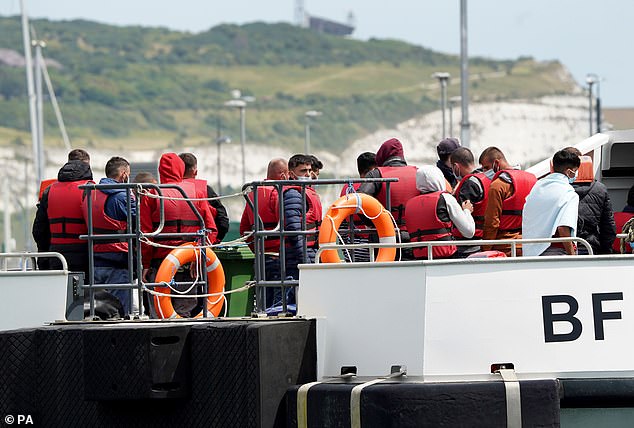 Home Secretary Priti Patel ultimately launched the Government’s Rwanda plan in April, but it has so far failed to offshore a single migrant for processing.

A third official said of the cruise ships idea: ‘It was a hare-brained idea that went round and the cabinet turned it down because the costs would have been astronomical.

‘It was so early-days and it was laughed off the table across government at civil service and at Cabinet level. It was quickly ditched in favour of using other countries because you’ve got space, but on cruise ships, how would you manage that?’

Truss has suggested bolstering the sputtering initiative with more ‘third country processing partnerships’ and the appointment of a Border Force minister. 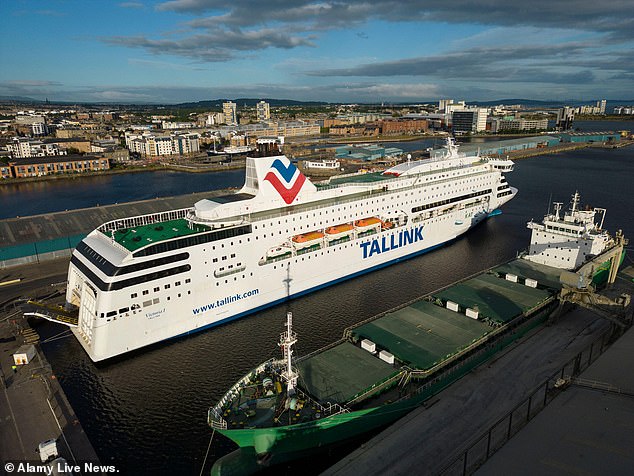 Turkey was mulled as a potential host nation, though Ankarra has repeatedly claimed it does not have the capacity to deal with any more refugees.

The officials’ criticism tonight of Mr Sunak’s proposal has sparked another briefing war between the two candidates for Downing Street, with a spokesperson for the ex-Chancellor pointing the figure at Truss’s Foreign Office for the spate of crossings.

It came within a couple of hours of a fiery television debate between Ms Truss and Mr Sunak.

Sunak claimed Truss’s tax plans would ‘push millions of people into misery’, while the Foreign Secretary accused the former Chancellor of ‘scaremongering’ and peddling ‘Project Fear’.