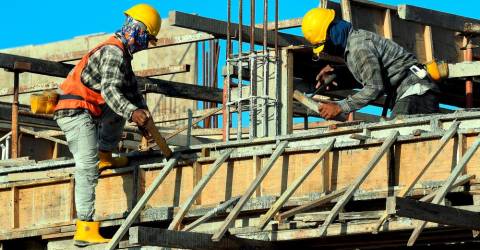 PETALING JAYA: Affordable homes in or close to urban centres, where most public amenities are easily accessible and economic activities are more vibrant, may soon be a thing of the past.

To mitigate the rising costs, housing developers have been forced to reduce spending elsewhere, leading many of them to build further away from town and city centres where the cost of land is lower.

Otherwise, developers will have to continue absorbing the additional costs in order to ensure that affordable homes are still available for those in the lower income group, said Real Estate and Housing Developers Association president Datuk Soam Heng Choon.

He said it would reach a point where developers would no longer be able to cover such cost increases, and they will have to pass it on to the buyers.

“Buyers will ultimately suffer if the situation persists,” he said.

Estimates vary but most agree that the expenditure on construction, inclusive of the cost of materials, account for 50% to 60% of the total cost.

Soam pointed out that if the cost of building materials continues to rise, developers would have no choice but to build landed properties in areas where land is more easily available and at lower prices, “and that is usually in rural areas”.

He said landed property would be preferable, given that it costs less per unit to build a low-cost house than a low-cost flat.

Soam explained that the addition of mechanical amenities such as elevators and electrical fixtures for common areas that are required for apartment buildings raises the construction costs substantially.

“Over and above that, we have to provide for areas such as the lobby and staircases, that take up space yet cannot be included in the selling price,” he said.

“With land prices so high in urban centres, it is even more difficult to provide for affordable housing for the working class,” he added.

Soam acknowledged that the prices of building materials are dependent on global supply and demand forces. “What the government can do is to monitor the industry and implement policies to prevent profiteering among suppliers,” he added.

For contractors, the greater impact of the price increases comes for projects that have already been launched and construction is still under way.

As Aaron Asir of Skyline Ace Ventures pointed out, the construction costs would already have been agreed upon between the developer and the contractors before work began.

“Contractors would end up absorbing the increase in costs if the prices of materials rise during the construction period,” he told theSun.

“We are not allowed to revise the construction cost to the developer and that eats into our profit,” he said.

Nonetheless, he agreed that price control implemented by the government was effective in putting a cap on further increases in costs for builders.

Industry sources told theSun that some contractors have over-estimated the volume of material needed for each project to help them cover cost increases midway through construction.

They said otherwise, the contractors would use material that are of lower quality and therefore cheaper.

Dr Rosli Said, an academic at Universiti Malaya who focuses his research on real estate said a 20% increase in the prices of material would not deprive developers of their profits.

“After all, they sell their houses or apartments at double the price they pay to have them built,” he said.

He agreed that it would make it more difficult for developers to ensure an adequate supply of affordable homes in urban areas because of the scarcity of land.

“The demand is largely in areas of established economic activities like Kuala Lumpur,” he said.

“Unfortunately, these houses are now increasingly being built in areas where there is little or no economic activities,” he added.