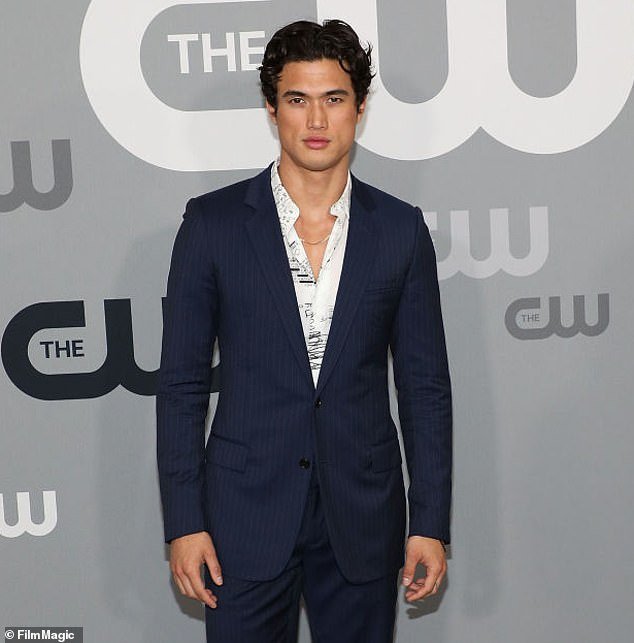 ‘I failed to defend my heritage’: Riverdale star Charles Melton says he’ll no longer ‘remain silent’ on his Korean American roots after years of ‘suppressing his Asian identity’

Riverdale star Charles Melton says he will no longer ‘remain silent’ on his experiences as a Korean American after admitting to ‘suppressing’ his racial identity for years.

The 30-year-old actor, known for playing Reggie Mantle on the hit CW teen drama, opened up on ‘re-examining’ his roots Friday, in an emotional essay for Variety.

Melton was born in Juneau, Alaska to a white American father and Korean immigrant mother, who met while his dad was stationed at an Army base in Korea.

The star shared his struggle to reconcile both sides of his racial identity, having often been told he is not ‘white’ or ‘Asian enough’.

Charles Melton, 30, revealed he has ‘re-examined’ his roots after ignoring his Asian identity for years 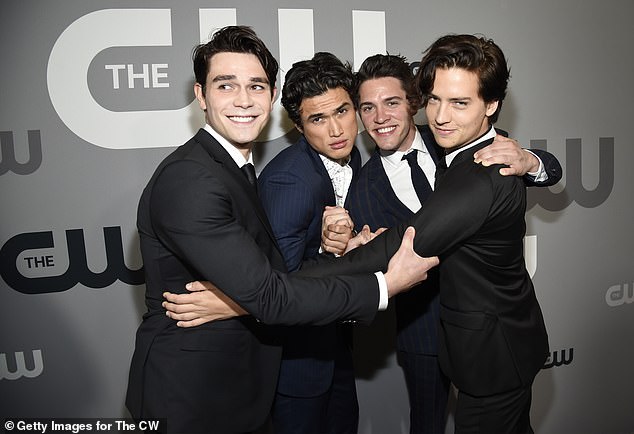 The actor is known for his role as Reggie Mantle in the hit CW series Riverdale. Above he is pictured with co-stars KJ Apa (left), Casey Cott (second from right) and Cole Sprouse (far right) in 2018

‘With the continued rise in horrific hate crimes towards my community, I have been in deep introspection by recalling my own experiences, unpacking my past, and trying to understand it all,’ Melton wrote.

‘Through it, I’ve realized that I never stood up for my Korean heritage. I’ve willfully ignored the racism and microaggressions directed towards me and my people.

‘I failed to defend my heritage in fear of retribution,’ he added.

Melton admitted to ignoring his Asian background for years growing up by instead trying to identify as a ‘proud American citizen.’

He recalled feeling ‘shame’ when friends made comments about his house ‘smelling funny’ because of his mother’s home-cooked Korean meals and kimchi.

‘Trying to fit in at school, I chased the American dream by being a star athlete, all the while suppressing my Asian identity,’ Melton wrote. 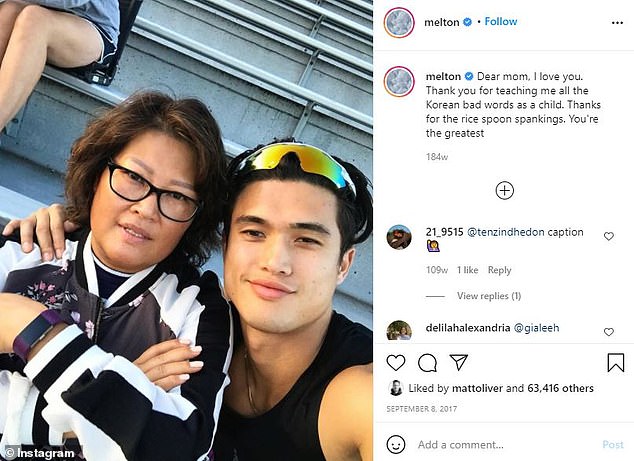 Melton described coming to terms with his Korean heritage after trying to suppress his roots growing up. He is pictured above with his mother 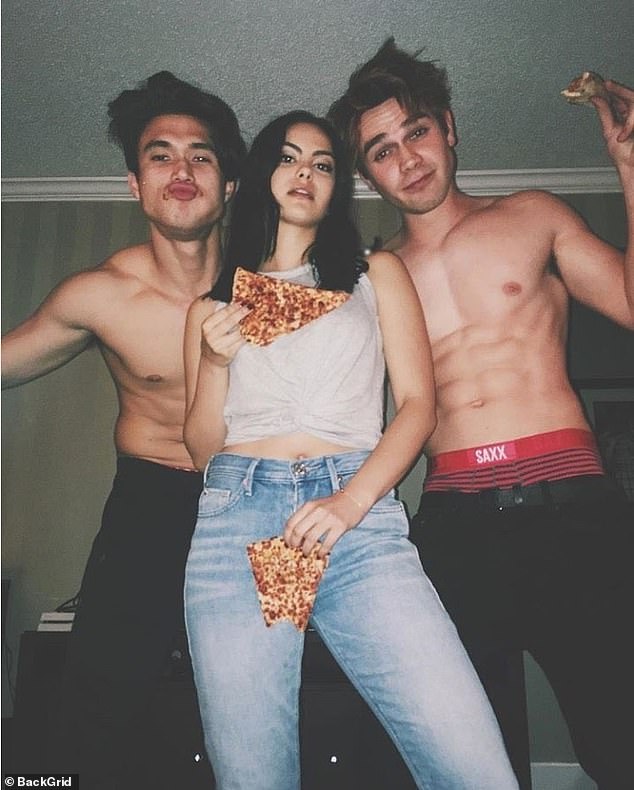 Melton (pictured with co-stars Camila Mendes and KJ Apa) shared his struggle to reconcile both sides of his racial identity, having often been told he is not ‘white’ or ‘Asian enough’.

‘I remember even beating everyone to the punch by making Asian jokes before anyone else would.’

Melton said his reckoning amid the recent violent acts against the Asian American community has led him to wonder if he helped contribute to such crimes.

‘Could I have done more for my community? Could I have spoken out more? What was I afraid of?

‘Today, that all changes,’ he wrote. ‘I will no longer remain silent about my lived experience. The hate crimes that have swept the country have forced me to realize how important the platform I have is and the responsibility that comes with it.

He continued: ‘I want to reconcile my identity and come to terms with who I am, despite the pain. I want to uplift the AAPI experience through storytelling, caring, understanding, and kindness that I can share with the world.’ 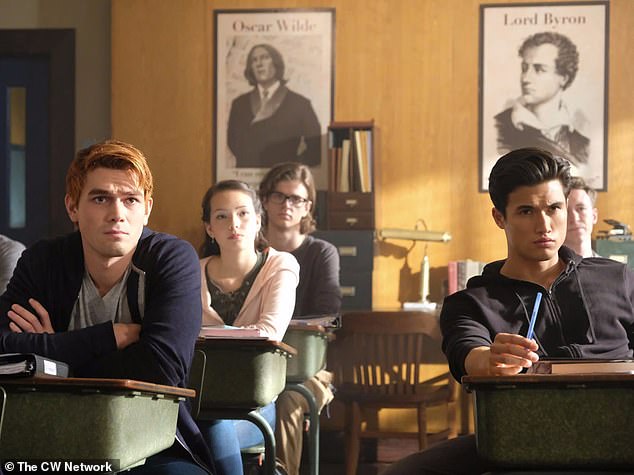