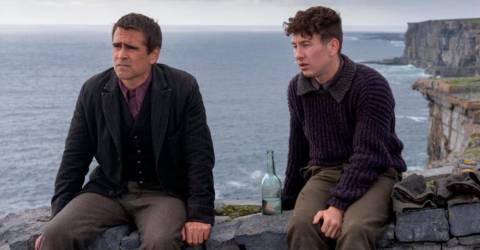 NEXT year’s Golden Globes have released its list of nominations and some are expected, while others are not.

Leading the nominations were The Banshees of Inisherin and Everything Everywhere All at Once, with eight and six nominations respectively.

After a storied career in acting, actress Michelle Yeoh finally receives a Best Actress nomination for her “various” roles in Everything Everywhere All at Once in what is certain to be a clear lead towards the Oscars next.

Brendan Fraser, received a Best Actor nomination for The Whale, despite previously announcing that he will not attend the show even if he was nominated due to old grievances.

The year’s biggest box office hit, Top Gun: Maverick might be contending with the inevitable huge box office earnings of Avatar: The Way of Water once it release, but both movies will also be battling Elvis, The Fabelmans and Tar in the Best Motion Picture, Drama category.

Best Picture, Musical or Comedy will be a fight between The Banshees of Inisherin, Babylon, Everything Everywhere All at Once, Triangle of Sadness and Glass Onion: A Knives Out Mystery.

In a sign of the new economics of the entertainment business, streamers dominated the nominations for television, with HBO Max and Netflix scoring 14 nods apiece.

Abbott Elementary, a sitcom about the teachers and students in a Philadelphia public school, earned the most nominations of any TV show with five.

These nominations and other behind-the-scenes ethical changes come as the Globes are attempting to reinvent themselves after having been dogged by scandals, with even the 2022 broadcast on NBC being canceled due to ethical lapses.