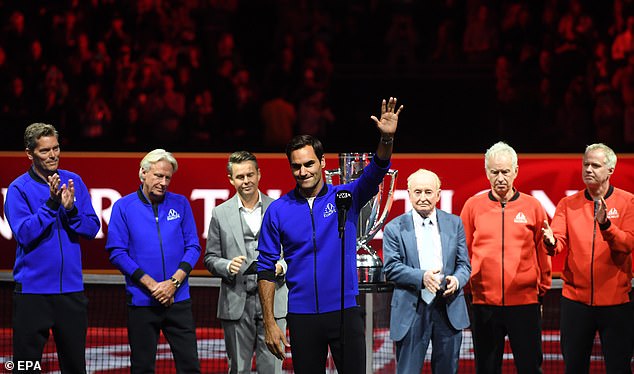 ‘Lost my last singles. Lost my last doubles… Lost my job!’: Roger Federer pokes fun at himself after his emotional farewell to tennis last week, but Swiss legend still insists ‘my retirement could not have been more peRFect’

By Sam Brookes For Mailonline

Roger Federer has poked fun at himself on Instagram after admitting that his final weekend as a tennis player did not exactly go to plan.

The Swiss ace paired up with Rafael Nadal for his final match before retirement at the Laver Cup last Friday, but the iconic duo were beaten by Frances Tiafoe and Jack Sock, with Team World then going on to win the Ryder Cup-style event for the first time on Sunday.

Federer also lost his last singles match to Poland’s Hubert Hurkacz at Wimbledon last year, meaning he finished his career with a run of defeats, but he still insisted that he got the ‘perfect’ ending that he was hoping for. 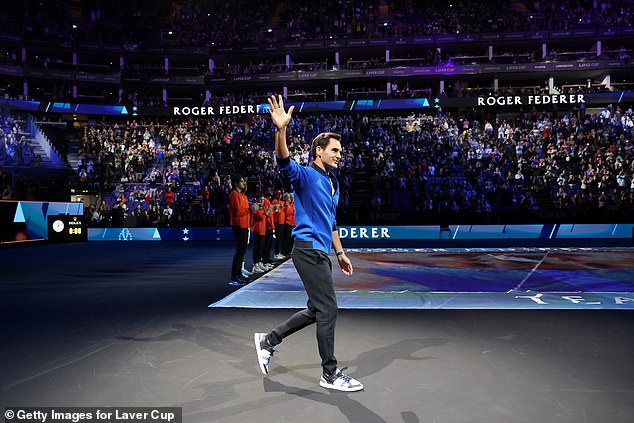 Federer paired up with Rafael Nadal for his final match, but they were beaten in the doubles 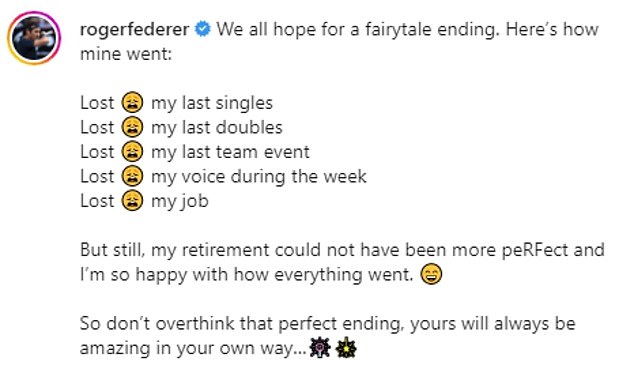 Federer has pointed out that he ended his career with a run of defeats, but was still very happy with how his retirement went

‘But still, my retirement could not have been more peRFect and I’m so happy with how everything went.

‘So don’t overthink that perfect ending, yours will always be amazing in your own way…’

Federer got a fitting send-off at the O2 Arena last week, which saw him break down with tears of happiness after his last match.

He was not the only one crying, with long-term rival Nadal also unable to hold back the tears as Federer took the acclaim of the crowd. 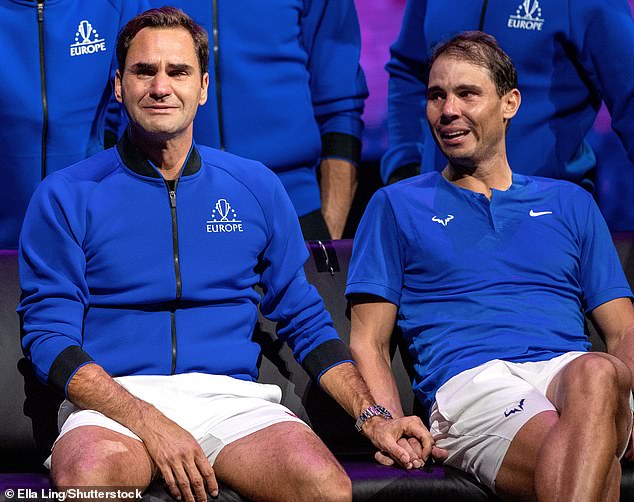 Although his career ended with a loss, Federer’s legacy was cemented long before that, and he will be remembered as one of the greatest tennis players of all time.

The 41-year-old won 20 grand slams and spent 310 weeks as the world number one during his career.

He also earned an Olympic gold medal in 2008 in the doubles alongside Stanislas Wawrinka.

Federer may have joked that he lost his job last week, but he has already hinted that he may be interested in TV work in the future, suggesting that he won’t be out of the spotlight for too long.