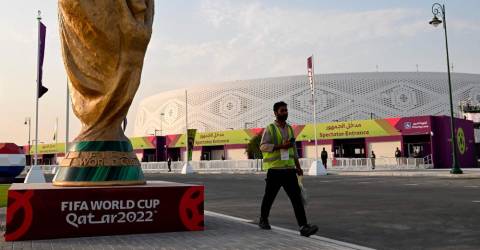 Broadcasting Director-General Datuk Che Roslan Che Daud said under the agreement, MYTV will contribute RM3 million in support of the government’s efforts to broadcast World Cup action in high definition (HD) for free to the people.

He said the amount was in addition to the RM32.5 million approved by the government through the Ministry of Finance.

“We are also in discussions with other companies and are still open to any sponsors who want to build their brand with RTM, especially with TV2’s rating is relatively high,“ he said after the signing ceremony at Angkasapuri here today.

RTM will broadcast 41 matches, namely 27 live broadcasts and 14 delayed broadcasts through TV2, TV Okey and Sukan RTM channel for Qatar 2022 from Nov 20 to Dec 18, which involve selected teams such as Germany, Brazil, Argentina, France and England.

Meanwhile, MYTV Chief Operating Officer Azlina Mohd Yusof said MYTV will carry out World Cup promotions across the country, including at 70 restaurants to raise awareness about the company.

“MYTV has more than five million viewers since its launch in 2019. We aim to increase it to eight million in the near future through field activities and promotions so that it is better known by the people.

“MYTV gives the people a good opportunity to watch world-class football action through HD quality for free and without weather interruption,“ she said. – Bernama