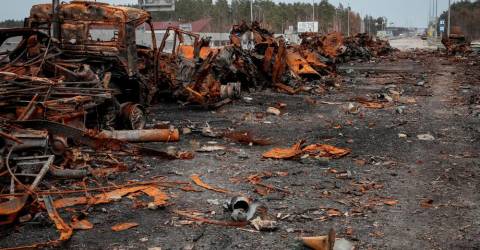 A Russian regional official said on Wednesday that border guards in the Kursk region bordering Ukraine had come under fire.

“Yesterday, on April 5, they tried to fire mortars at the position of our border guards in the Sudzhansky district,“ said Roman Starovoit, the governor of the Kursk region. “Russian border guards returned fire… There were no casualties or damage on our side.”

Starovoit said regional officials were in touch with the defence ministry about the incident and urged citizens to remain calm. In separate comments to RIA news agency, he said the mortars fired at the Sudzha border crossing did not reach Russian territory.

There was no immediate reaction from Ukraine.

Russia last week accused Ukrainian forces of carrying out an air strike against a fuel depot in the Russian city of Belgorod near the border with Ukraine, but a senior Ukrainian official denied responsibility.

The Kremlin said at the time that the incident did not create comfortable conditions to continue peace talks with Kyiv. — Reuters