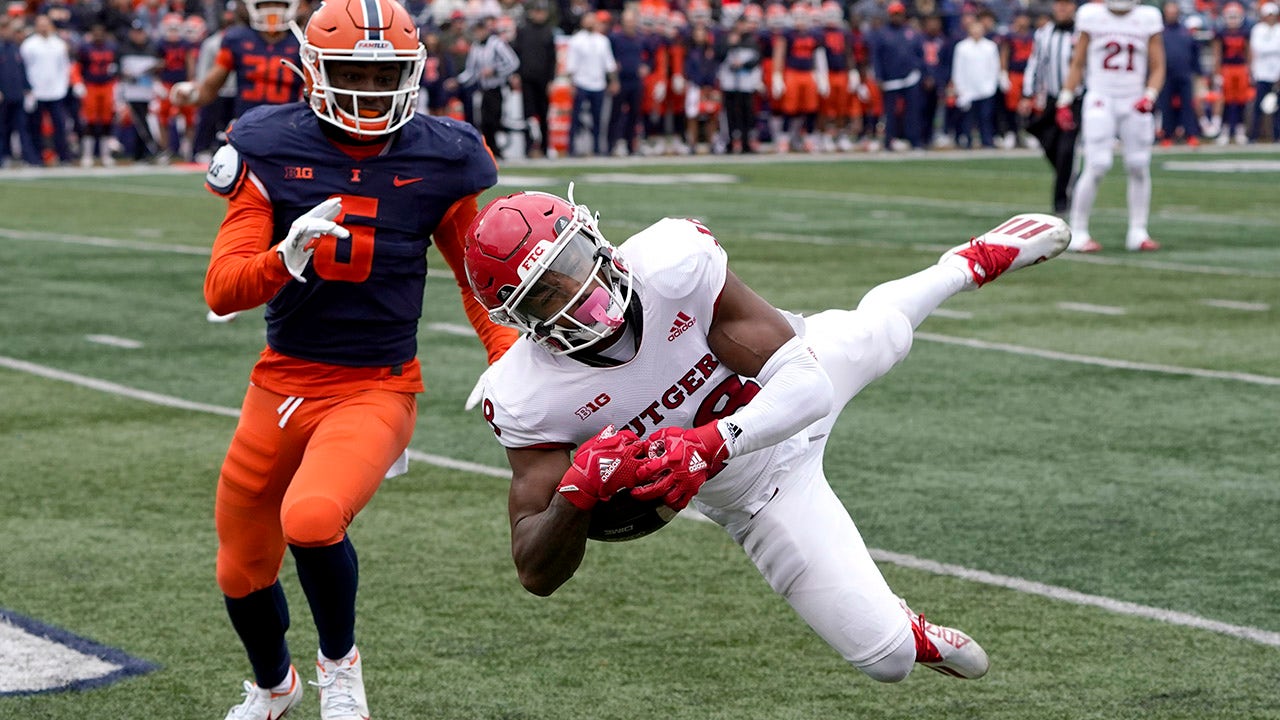 Noah Vedral threw for 138 yards and rushed for a touchdown to lead Rutgers past Illinois 20-14 on Saturday.

Brandon Peters, starting for the injured Art Sitkowski, was 14 of 19 passing for 190 yards and two touchdowns for Illinois (3-6, 2-4), including a 52-yard TD pass to Isaiah Williams. Williams caught 3 passes for 67 yards and the touchdown. Daniel Barker caught 2 passes for 47 yards and a touchdown.

Chase Brown carried 18 times for 67 yards for the Illini.

Rutgers put the game away in the second half. Vedral ran it in from 15 yards out early in the fourth quarter to give the Scarlet Knights a 17-14 lead. Valentino Ambrosio kicked a 25-yard field goal with 3:58 left in the game to make the score 20-14.

Illinois was unable to muster much on offense in the second half after leading 14-10 at the half.

Vedral left the game early in the first quarter with an unspecified injury and was replaced by Cole Snyder. Vedral returned midway through the second quarter after spending several minutes in the injury tent.

Rutgers scored first on a 7-yard run by Monangai that capped a 10-play, 61-yard drive that saw three personal foul penalties resulting from a brief scrum between players.

Illinois scored with 10:13 left in the first half on a 52-yard pass from Peters to Williams to make the score 7-7.

Illinois answered with a 26-yard touchdown pass from Peters to Barker to make the score 14-10 at the half.

There was some concern that the Illini, on the heels of a 9-overtime upset win over Penn State last week on the road, would come out lackluster. They were, despite what was perhaps Peters’ best quarterback performance of the year. Rutgers needed its first conference win and got it.

Illinois: At Minnesota on Nov. 6.