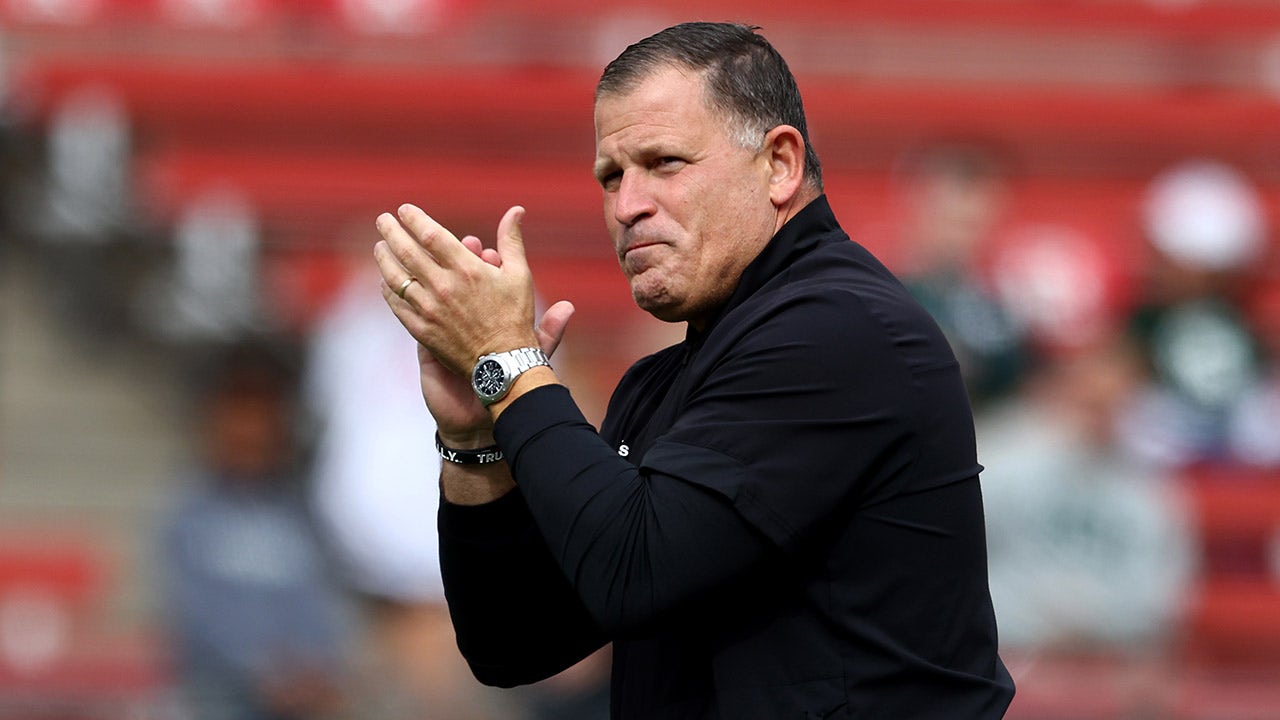 Rutgers football coach Greg Schiano did his best “Field of Dreams” impression on Saturday as the Scarlet Knights were taking on Northwestern in an important Big Ten matchup.

The Big Ten Network homed in on Schiano giving Rutgers a pep talk and then he seemingly disappeared.

Head coach Greg Schiano of the Rutgers Scarlet Knights leads his team onto the field before a game against the Michigan State Spartans at SHI Stadium on October 9, 2021 in Piscataway, New Jersey.
(Photo by Rich Schultz/Getty Images)

College football fans were just as confused as to where Schiano went.

Rutgers is looking to end their skid after three consecutive losses. The Scarlet Knights started the 2021 season with some promise, beating Temple, Syracuse and Delaware but ran into the difficult part of their schedule and subsequently lost to ranked opponents Michigan, Ohio State and Michigan State.

NO. 9 OREGON HOLDS OFF TENACIOUS CALIFORNIA 24-17

Head coach Greg Schiano of the Rutgers Scarlet Knights before a game against the Michigan State Spartans at SHI Stadium on October 9, 2021 in Piscataway, New Jersey.
(Photo by Rich Schultz/Getty Images)

A win against Northwestern would put the team on the right track. But a victory against the Wildcats is no easy feat.

The Pat Fitzgerald-led squad is 2-3 this season. The team lost to Michigan State, Duke and were pounded by Nebraska on the road earlier this month. The team had wins over Indiana State and Ohio.

Rutgers leads the all-time series against Northwestern, 3-1. The Wildcats got the best of the Scarlet Knights during their 2018 matchup, 18-15.

Head coach Pat Fitzgerald of the Northwestern Wildcats watches the team warm up before the game against the Nebraska Cornhuskers at Memorial Stadium on October 2, 2021 in Lincoln, Nebraska.
(Photo by Steven Branscombe/Getty Images)

Both teams are hoping a win gets them back into bowl contention. Rutgers has not played in a bowl game since 2014. The Wildcats played and won the Citrus Bowl last season.